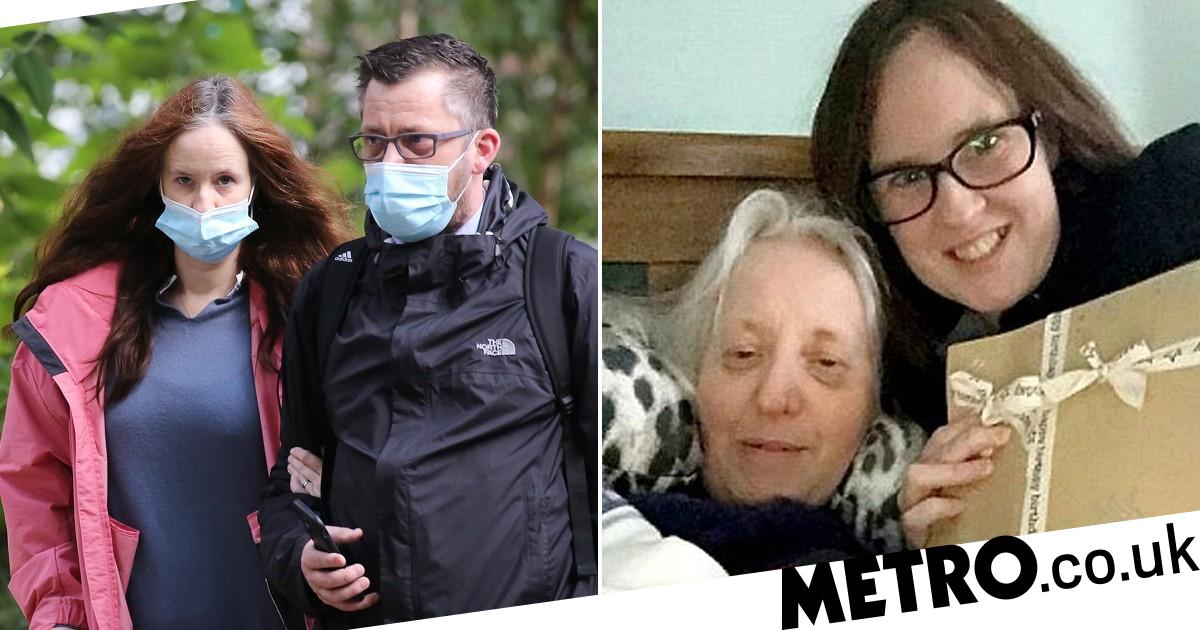 One woman claimed she was bedridden to get more than £ 620,000 from a council, which she then used to pay for luxury holidays to America.

Frances Noble, 66, is tricking social workers into committing what is suspected to be one of the biggest fraud cases of its kind that has ever come before the English courts.

Between 2005 and 2018, the Noble Hertfordshire County Council convinced her that she needed intensive day-to-day care at home.

She was subsequently assigned a ‘direct payment package’, which allows people with disabilities or their family members and friends to choose carers and equipment and pay bills.

Over a 13-year period, Noble, from Weston, Hertfordshire, raised £ 624,047.15, some of which he gave to his daughter and son-in-law, who went on luxury vacations in Canada, San Francisco, Boston and Orlando.

The suspicion that not everything was what it seemed was raised when Noble was seen walking his dog early in the morning.

Investigators later saw when she took a Tesco home delivery that she was able to unpack.

Prosecutor Andrew Johnson told St Alban’s crown court that when a neighbor saw Noble in her backyard, she pulled a hood over her face and said, ‘I’m not Frances. I’m her caregiver ‘.

Noble, who has lived in Berlin since 2019, did not show up for her sentencing, as she has previously pleaded guilty to fraud by forgery.

She moved to Germany with her daughter, Laura Borrell and son-in-law Philip Borrell, both 45, also from Weston, after the investigation began.

Johnson said on one occasion that Noble, who had claimed she had been on a liquid diet, was filmed eating with her daughter at a restaurant.

On another occasion, a caregiver showed up at her home to see her get up, naked in the bathroom, and wash her hair.

Noble’s care package was paid directly into a single bank account, which should have been solely for the purpose of direct payment to carers.

On the most generous definition, less than £ 100,000 was spent on care, Mr Johnson told the court.

“The funds paid to her were funds that would have been used to support the people of Hertfordshire,” he said.

Noble had ‘dishonestly and knowingly’ lied to social workers.

Johnson said: ‘The central lie was the suggestion that she was bedridden for a very significant period of time.

“But it is quite clear she was simply not bedridden. She misled the local authority and many others, including her attending physician.”

Johnson said Noble ‘spun a web of lies to everyone she came in contact with’.

When neighbors reported her, Noble claimed to her housing association and police that she had been subjected to harassment and hate crimes.

She even persuaded the Housing Association to raise the height of her fence to prevent her from being caught out again.

Ben Newton, who defended Noble, said: ‘She had real and serious health problems.’

He said Noble had been diagnosed with depression since 1999 and had a history of mental health issues.

Sir. Newton said she had no previous convictions and there was no suggestion that the money funded a lavish lifestyle.

“She was not going on expensive overseas vacations and buying luxury items,” he said.

To imprison Noble for four years and 9 months. Judge Richard Foster said: “This is possibly the biggest scam of its kind that has come before the English courts.”

A spokesman for Hertfordshire County Council said: ‘Mrs Noble, her daughter and her son-in-law committed a sophisticated and insidious fraud that shamelessly tried to deceive health and social professionals over a long period of time.

‘The trio’s offenses were planned, calculated and carried out with the intention of abusing a care system designed primarily to meet the needs of those in need of support.’

Both Laura and Philip have each pleaded guilty to money laundering.

The Borrells are due to be sentenced next month after probation reports are drawn up.

Get in touch with our news team by sending us an email at webnews@metro.co.uk.

For more stories like this, check out our news page.

Get your needs to know the latest news, feel-good stories, analytics and more