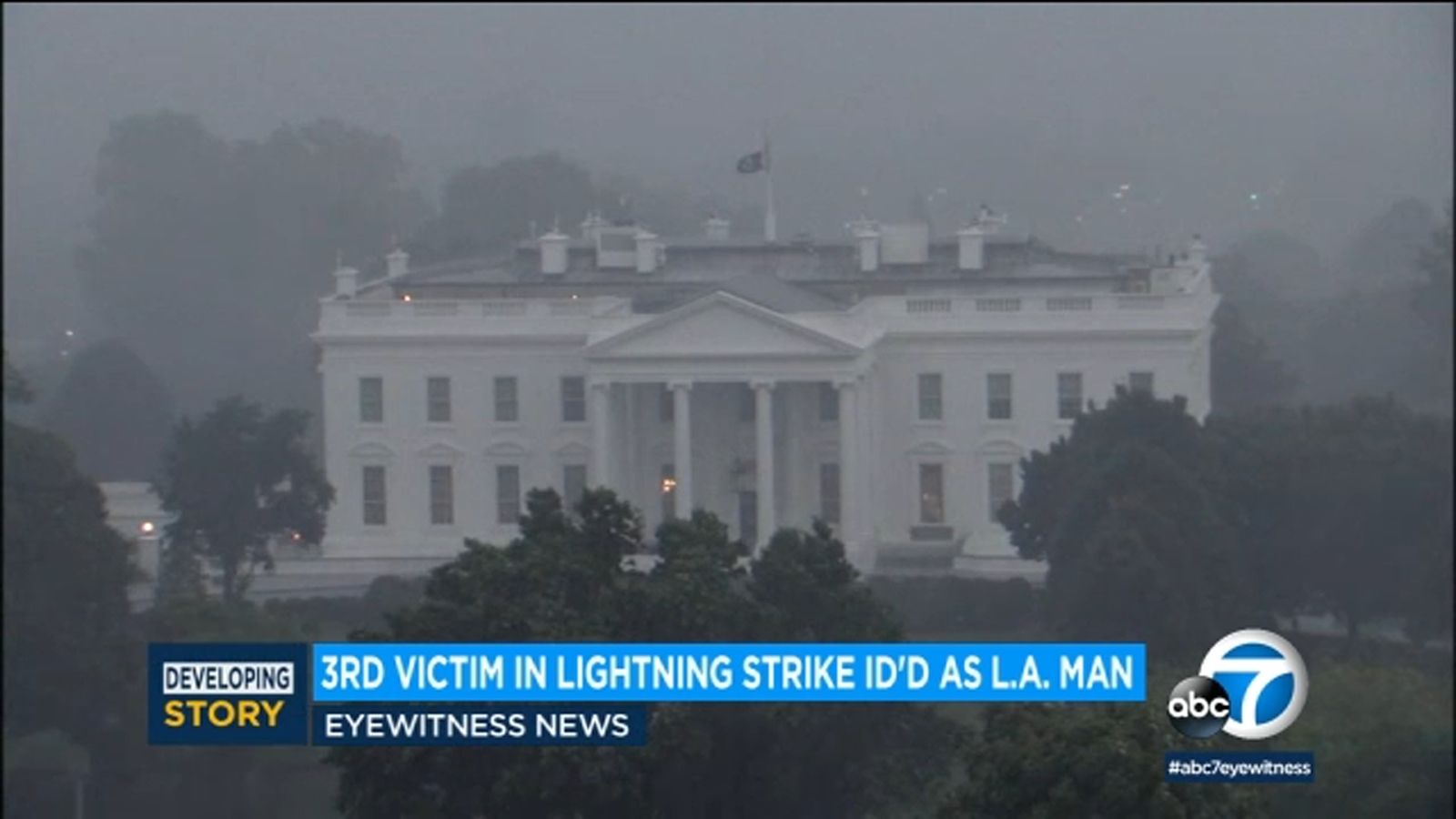 WASHINGTON (KABC) — A Los Angeles man has been identified as one of the three people killed after a lightning strike in front of the White House on Thursday.

Brooks Lambertson, 29, died after the strike in Lafayette Park.

Lamberston, along with a husband and wife from Wisconsin, were killed.

According to one statement issued by City National BankLamberston was vice president of the bank and managed sponsorships for the company.

He was in Washington, DC on business.

City National said the 29-year-old lived in downtown LA and previously worked for the LA Clippers.

He graduated from California Polytechnic State University, San Luis Obispo, in 2015 with a bachelor’s degree in recreation, parks and tourism administration with a concentration in sports management, according to the bank.

“Brooks was an incredible young man who will be remembered for his generosity, kindness and unwavering positivity,” the statement from City National read. “His sudden loss is devastating to all who knew him and his family, friends and colleagues appreciate the thoughts and prayers that have poured in from across the country.”

Authorities did not disclose how the people were injured, other than to say they were critically injured by the lightning strike.

Secret Service and US Park Police officers witnessed the lightning strike Thursday night and rushed over to render first aid, officials said. The paramedics were called to the scene just before

“We are saddened by the tragic loss of life following the lightning strike in Lafayette Park,” White House Press Secretary Karine Jean-Pierre said. “Our hearts go out to the families who lost loved ones and we pray for those who are still fighting for their lives.”