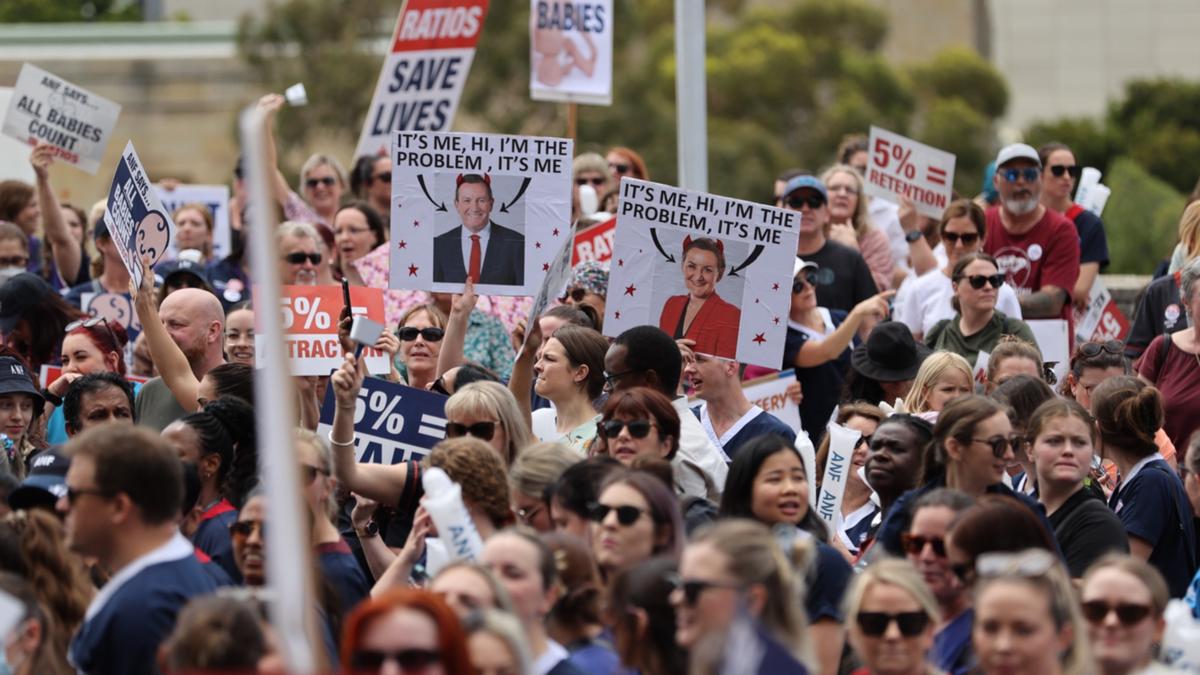 ONE large contingent of WA health workers have met in parliament in the latest major development in a pay and conditions stand-off with the state government.

According to The West Australian, around 3000 nurses walked out of their positions at medical facilities across the city and beyond on Friday to call on Premier Mark McGowan and Health Minister Amber-Jade Sanderson to improve their provision for them.

On the table for nurses and midwives is a three per cent annual pay rise, a one-off $3000 bonus and the introduction of nurse-to-patient ratios.

The union is now pushing for a pay rise of five percent, after previously indicating that it would compromise pay if key figures were introduced.

Today’s action has forced a delay to 14,000 operations, procedures and appointments, according to reports.

“The strike, with skeleton staff left on the wards and in clinics and communities, will be a snapshot. This is what the future holds if we do not treat nurses and midwives better,” said ANF Secretary Janet Reah Reah.

For rolling coverage, check out The West Australian.

Meanwhile, British nurses are preparing for their biggest strike yet, with workers saying it is necessary for the welfare of both staff and patients.

The industrial action on December 15 and 20 is unprecedented in the British nursing union’s 106-year history and comes as the state-run National Health Service (NHS) prepares for one of its toughest winters on record.

The union has demanded that its members get a pay rise of at least 17 per cent, arguing that years of low pay are “pushing nursing staff out of the profession and putting patient care at risk”.