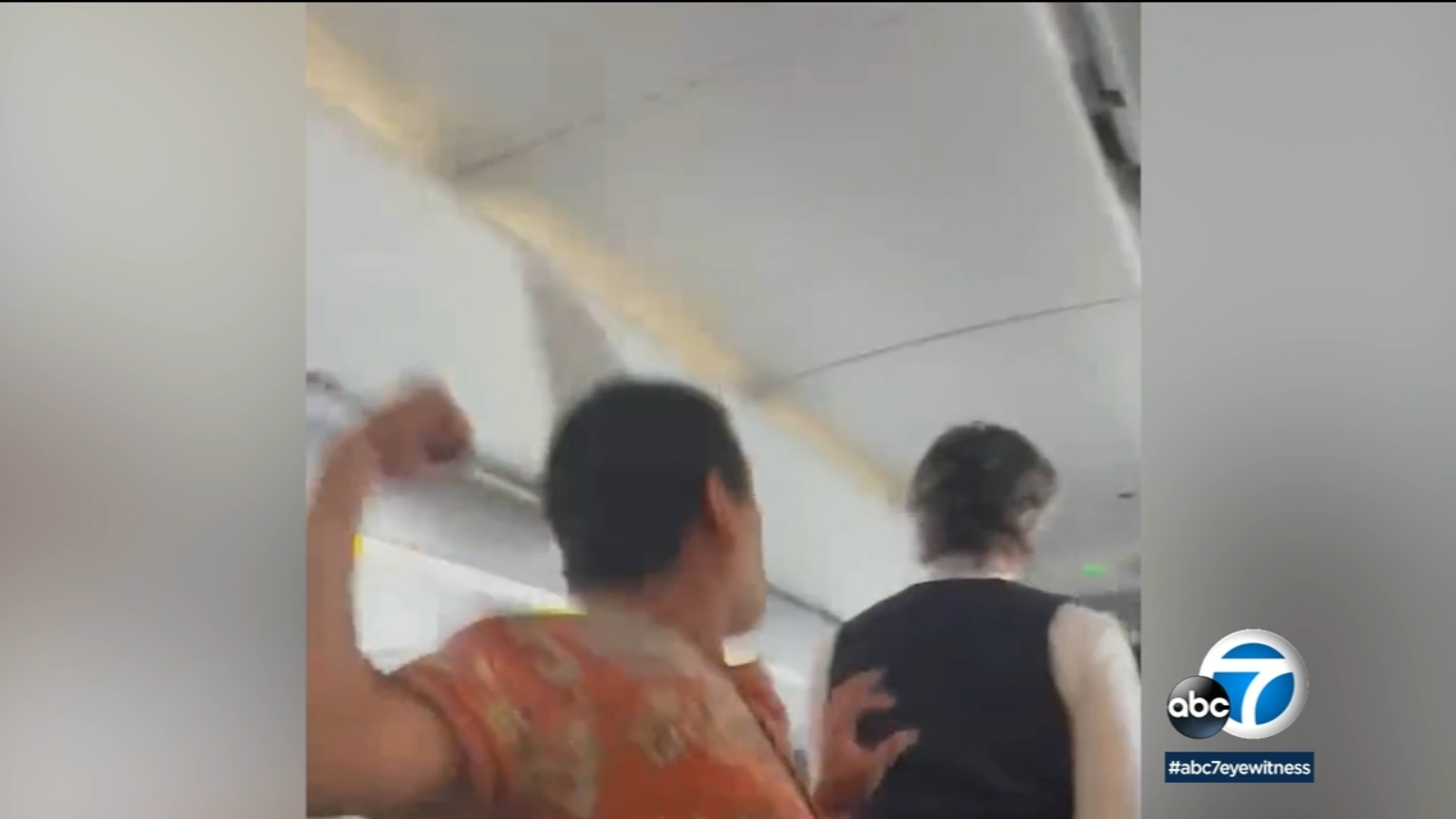 LOS ANGELES (KABC) — A passenger was arrested after video captured him punching a flight attendant during a flight from Mexico to Los Angeles on Wednesday.

Video of the assault in the air showed the passenger hitting the flight attendant in the back of the head while they were in the aisle.

A 30-second video posted on social media showed the flight attendant appearing to speak to the passenger before he turned his back. The suspect then walks up to the attendant and punches him before walking away.

The incident happened on American Airlines Flight 377. That flight was destined to land at Los Angeles International Airport after taking off from Cabo San Lucas.

Footage captured the stunned reaction of other passengers on the plane.

A passenger on the plane told Eyewitness News that the flight attendant did not appear to be seriously injured and no one else on the plane was injured. The witness, named Kevin, added that the suspect was restrained by other passengers and his hands were bound with zip ties.

Before the assault, Kevin said the suspect began whispering, saying “There are 10 killers on the plane.”

“Around that time, the female flight attendant heard this and ran him back to the couch. He sat there for a while and then the male flight attendant went back and confronted the guy,” Kevin said. “And the part of the video you see where he gets hit in the back of the head is he turned around and came back to the front of the plane and the guy just jumped up and hit him.”

The unruly passenger was arrested by law enforcement when the plane landed at LAX.

American Airlines said in a statement about the attack that acts of violence against crew members will not be tolerated.

“The person involved in this incident will never be allowed to travel with us in the future and we will work closely with law enforcement in their investigation,” the statement said.