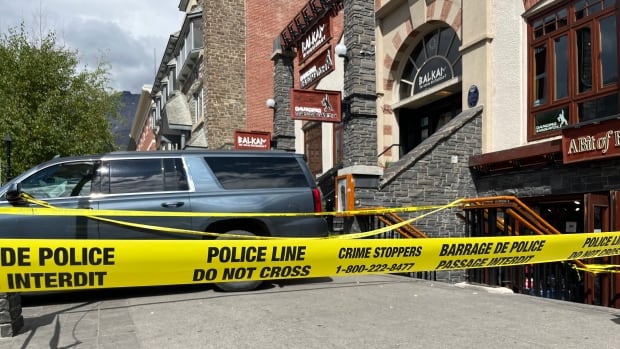 The 26-year-old victim of a Banff nightclub murder that happened early Friday morning has been identified by the police.

Banff resident Ethan Enns-Goneau was killed after an altercation at a local bar, the Dancing Sasquatch.

Police were called just before 2:30 a.m. Friday to the drinking establishment on Banff Avenue. Enns-Goneau was taken to hospital but was pronounced dead.

John-Christopher Arrizza, a 22-year-old Banff resident, has been charged with second-degree murder, according to a Saturday press release from the RCMP.

Arrizza remains in custody and will appear in court in Canmore on Aug. 10, the release said.

The community in shock

Enns-Goneau had played rugby in high school with the Banff Bears team. While Enns-Goneau did not continue to play after graduation, he remained “a fixture on the sidelines, supporting the club and his friends from the stands,” the Banff Bears Rugby Club said in a text message to CBC News.

“His loss is felt not only through the club but throughout the community,” the team said.

Corrie DiManno, mayor of Banff, says the tight-knit community is reeling in the wake of the killing.

“We are shocked, angry and heartbroken that a senseless act has robbed us of a beloved venue in its prime,” DiManno said in a video statement released Friday night.