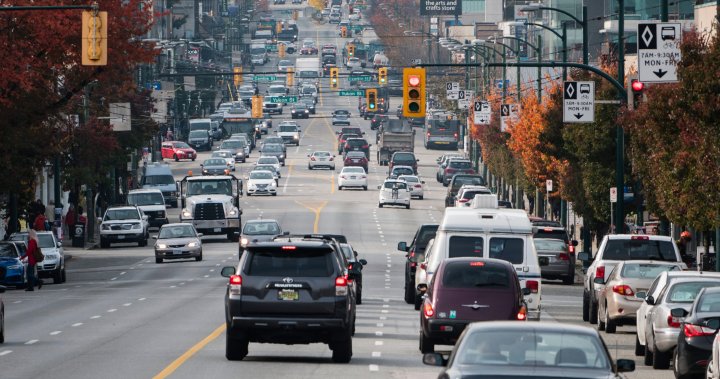 Vancouver City Council has passed a measure to put the brakes on any future “road treasure” in the city.

Tuesday’s vote broke along party lines, with six councilors from the new ABC Vancouver majority in support and three opposition councilors abstaining. Mayor Ken Sim, who is in Qatar for the World Cup, was absent.

Thank you to all Vancouverites who worked so hard to make this moment a reality.

We have stopped the toll. pic.twitter.com/4a4GOMTQEg

That toll ban was a key ABC campaign promise in the October election.

ABC Vancouver campaigned heavily with claims then-mayor Kennedy Stewart was committed to bringing road fares in the $5 to $30 per-trip range to the city center.

Tuesday’s proposal directs staff to cease all road pricing work “scheduled or otherwise or by any other technical definition or name” unless it is part of a regional initiative.

During the campaign, Stewart pushed back on the toll allegations, calling them “misleading,” and denied he supported the idea, pointing out that the city does not have the authority to implement tolls on its own.


Vancouver city councilors voted in November 2020 to ask staff to explore the idea of ​​downtown road pricing in the long term as part of their climate emergency action plan, although a formal proposal was never produced.

In June 2021, the city put out a contract bid for a third-party feasibility study of a downtown “road use charge” based on a number of factors, including vehicle type, time of day and traffic congestion.

The idea of ​​road pricing in the Lower Mainland to reduce congestion and carbon emissions has been debated regionally for years but never put to a vote.

In 2018, the regionally focused Mobility Pricing Independent Commission concluded that tolling would be the most effective tool to reduce regional congestion and could raise up to $25 million annually in transit funding, adding that a “downtown cordon” would be an effective component to such a scheme.