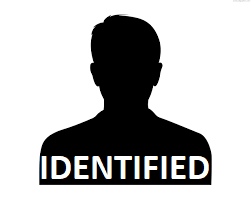 The “suspicious man” who had a questionable interaction with a group of young women in the west end of Kingston on Wednesday, November 9, 2022, has been identified, according to Kingston Police.

“Kingston Police would like to thank the public for their tips and help,” said Const. Ash Gutheinz, media officer for Kingston Police.

Kingston Police have released the above photograph and are asking for the public’s help in identifying the man pictured, a “suspicious male” who had a questionable interaction with a group of young women.

According to the police, the depicted man approached at approximately 10 a.m. Wednesday, November 9, 2022, a “small group of young women” gathered in the parking lot of LaSalle Plaza on the corner of Bath and Days Roads in Kingston’s west end. The man then invited the women to his residence and stated that he “had drugs to share with them.”

“He asked the age of the young woman and seemed upset when they said they were in their early twenties, indicating he thought they were much younger,” Kingston Police said in a news release on Thursday, November 24 2022.

“He refused to leave the group alone and when they tried to leave the area, he briefly followed them. Before leaving the area in his vehicle, he also repeatedly offered to give the woman a ride in his car wherever they wanted to go. “

Police described the man as Caucasian with a slim build, brown hair and a graying beard. At the time of the incident, he was wearing “a distinctive tan colored fedora-style hat with a forward facing feather, brown ribbon and several pins attached to it.” He was wearing a shirt that was unbuttoned to the chest, with a necklace and pendant, and a plaid button-up jacket, faded blue jeans, and two-tone tan and gray rain boots. The man had approached the women from a gray car with black rims, which may have been snow tires/rims.

Anyone with information on the identity of this man is asked to contact Detective Andrew Wilby at 613-549-4660 ext. 6217, or via e-mail at [email protected].

Tips can also be made anonymously by calling the Kingston Police general number (613-549-4660 ext. 0) and requesting to remain anonymous.