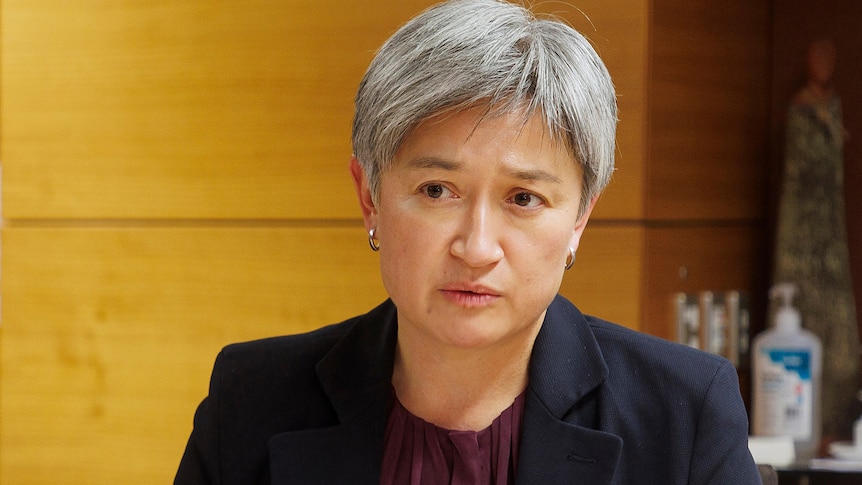 Ukrainian President Volodymyr Zelenskyy has called on world leaders to step up their support for Ukraine – urging those who have claimed neutrality – amid rising Russian aggression and nuclear threats.

“A crime has been committed against Ukraine and we demand just punishment,” he said during a pre-recorded video message played to the United Nations General Assembly (UNGA) in New York.

Sir. Zelenskyy called for “punishment for the catastrophic turbulence Russia provoked with its illegal war, not only for us Ukrainians, but for the whole world.”

He then presented a five-step vision for peace, which included tougher sanctions on Russia, and he called for additional economic and military aid to help liberate occupied territories.

“And we have seen who is the only one who wants war.”

LIVE UPDATES: Read our blog for the latest news on the Russian invasion of Ukraine

The speech came less than 24 hours after Russian President Vladimir Putin announced a partial military mobilization, marking the most significant escalation in the war since Russia invaded its neighbor in February.

Sir. Zelenskyy’s speech was met with a standing ovation in the General Assembly hall, including from his wife, Olena, who attended in person.

The Russian delegation remained seated but did not leave.

Seven of the UN’s 193 members had voted against Mr Zelenskyy’s right to speak.

In a televised speech overnight, Mr Putin said the “partial mobilisation” will allow him to do so draw on an additional 300,000 reservists, was designed “to protect our homeland, its sovereignty and territorial integrity”.

He also promised that Russia would “use all available means to protect our people”.

The claim was rebuked by many in the international community, and the reference to Russia’s nuclear capabilities was strongly condemned.

Australia and the US condemn Putin’s nuclear sabre-rattling

“These threats are unimaginable and they are irresponsible,” she said.

“Russia alone is responsible for this illegal and immoral war.

“And peace must first lie with Russia withdrawing from Ukrainian territory.”

“We are in contact with our Ukrainian counterparts,” she said.

“We understand the extraordinary, extraordinarily difficult circumstances they face in the war in which they have been forced to participate.

“We will continue to work with partners to try to support them.

“And we will continue to consider the requests that have been made.”

“A nuclear war cannot be won and must never be fought,” he said.

Biden accused Russia, which is a permanent member of the UN Security Council, of violating the basic principles of the UN Convention.

He labeled upcoming referendums on whether four Russian-controlled regions of Ukraine should join the Russian Federation a “sham”.

Many fear that the referendums in Donetsk, Luhansk, Kherson and Zaporizhzhia signal that the Kremlin plans to formally annex the territories after rapid advances from Ukraine in recent weeks.

“The world should see these outrageous acts for what they are,” Mr Biden said.

“Putin claims he had to act because Russia was threatened.

“But no one threatened Russia, and no one but Russia sought conflict.”

Sir. Biden added that the war was “about obliterating Ukraine’s right to exist as a state… [and] exist as a people”.

“Whoever you are, wherever you live, whatever you believe, it should make your blood run cold,” he said.