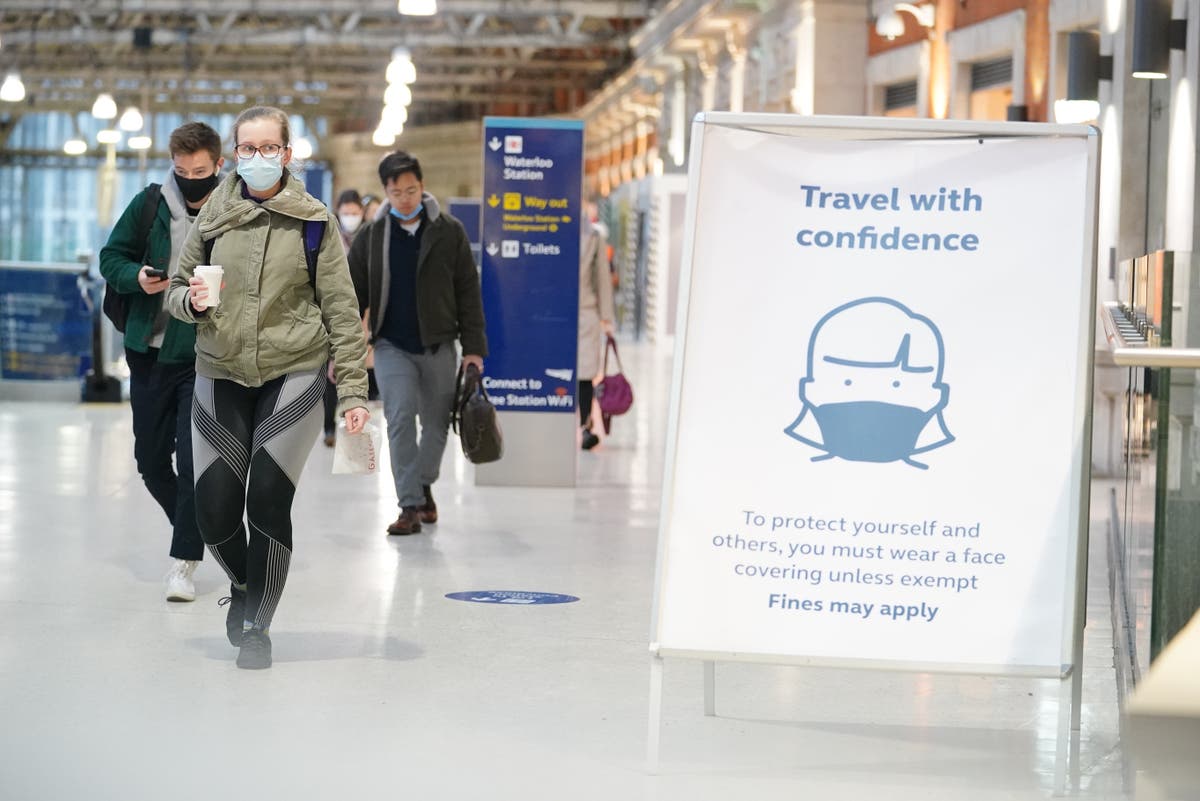 The UK is heading into a “devastating” Covid wave this autumn exacerbated by a drop in testing and inadequate surveillance of new immune-evading sub-variants, experts have warned.

Covid-19 infections in the UK have risen by 14 per cent, according to the latest figures.

Around 1.1 million people in private households tested positive for coronavirus in the latest survey, which covers the seven days to September 17 in England and the week to September 20 in the other three nations, according to the Office for National Statistics (ONS).

It is the first time the UK total has topped one million since the end of August, although it is still some way below the 3.8 million weekly infections in early July at the peak of the wave caused by Omicron BA.4 and BA. 5 subvariants of the virus.

Professor Tim Spector, co-founder of the Covid ZOE app, said The independent Britain was already at the start of the next wave of coronavirus.

“It looks like we’re at the start of the next wave, and this time it’s hit older people a little earlier than the last wave,” Prof Spector said.

He added: “A lot of people are still using the government’s symptom guidelines which are wrong. At the moment Covid starts in two thirds of people with a sore throat. Fever and loss of smell are really rare now – so many old people may not think they have got Covid.

“They would say it’s a cold and not get tested.”

Prof Spector said early data showed new subvariants of Omicron were becoming immune evasive and could cause the UK “real problems” as winter approaches with the NHS “already on its knees”.

“The interesting thing about these variants is that although they are slightly different in how they arose, they have come up with the same changes to get around the body’s immune system,” Prof Young said. The independent.

“What we’re finding is that the virus evolves around the immunity that’s been built up through vaccines and countless infections people have had.”

He added: “The biggest concern that we see is that in early data, these variants are starting to cause a slight increase in infections. In a way, this was expected, but it shows that we are not at all out of the woods yet with this virus, unfortunately.”

Prof Young also warned that the downsizing of Covid testing laboratories since the unveiling of the government’s Living with Covid plan means the UK is “blind” to the behavior of new potential variants of concern. Major NHS “Lighthouse” laboratories closed earlier this year in line with government policy on the infection.

“We’ve really taken our eye off the ball with Covid tests,” he said. “We can only detect variants or know what’s coming by doing sequencing from PCR testing, and it’s not happening anywhere near the extent it was a year ago.

“People are going to get different infections during the winter, but they don’t know what they are because free tests aren’t available – that’s going to be a problem. Another angle is the financial pressure. If people are unwell, they will probably not taking time off work. You really have a perfect storm here of inadequate surveillance, people not reporting for vaccinations and the economic situation.”

Both professors called for stronger and more proactive messages from the government ahead of the colder winter weather, while Prof Young called for a return to mask wearing in poorly ventilated and crowded indoor spaces.

In addition, public health experts have called for increased uptake of booster jabs, with Prof Young noting that new bivalent Covid vaccine boosters, which tackle more than one variant, were key to preventing a devastating wave. But he admitted there were still questions about how effective the immunization would be at preventing vulnerable people from becoming very ill.

“While cases are currently on the rise, we do not yet know the full extent of what will come in the autumn and winter. However, with mass participation events like the soccer World Cup taking place in November, international travel growing rapidly, different vaccination levels around the world, and with most countries having relaxed entry requirements, an increase in cases and the emergence of newer variants cannot be ruled out. ” Prof Kinane told The independent.

Sarah Crofts, the ONS deputy director of the Covid-19 infection investigation, said it was “too early to identify whether this is the start of a new wave”.

Dr. Mary Ramsay, director of public health programs at the UK Health Security Agency (UKHSA), said it was “clear now that we are seeing an increase” in the level of Covid-19.

“Collections have started to increase and hospital admissions are increasing in the oldest age groups. In the coming weeks, we expect a dual threat of low immunity and widely circulating influenza and Covid-19, creating an unpredictable winter and further pressure on healthcare,” she added.

The number of people in hospital with coronavirus throughout 2022 has remained well below the levels seen in 2020 and early 2021, before the roll-out of vaccines.