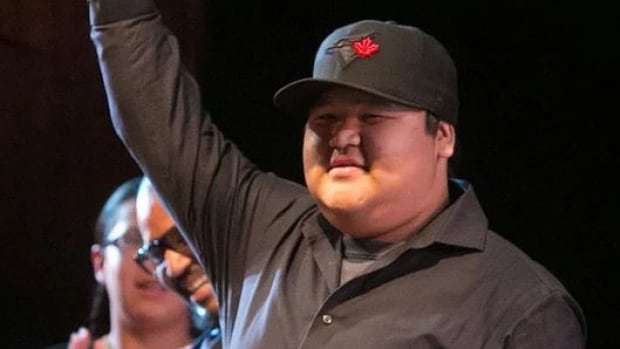 Testimony at Tyler Hikoalok’s trial Thursday focused on his time at the alternative education school he attended, which the Crown alleges he attended after the beating that led to Elisabeth Salm’s death.

Hikoalok, who was 18 at the time and is now 22, has pleaded not guilty to first-degree murder in Salm’s death.

Salm, who was 59 at the time of his death, was found beaten at the Christian Science Reading Roomwhere she worked, on Laurier Avenue West on May 24, 2018.

The court heard that Hikoalok had attended the Debbie Campbell Learning Academy at 440 Albert St. from 2015 to 2018. The program offers support to young people who may have been in crisis or otherwise have difficulty maintaining a regular school placement.

Tracy Ludmer, a teacher at Debbie Campbell Learning Academy, said Hikoalok’s attendance dropped after his 18th birthday in January, when he was no longer required to attend.

Ludmer said Hikoalok took time to warm to people, but was generally well-liked by the staff and some of the younger students looked up to him.

“He was attentive and very funny,” Ludmer told the court. “He was very friendly with us and liked to joke with us. He didn’t like to do academics … with encouragement he would get it done.”

Ludmer said she remembered seeing Hikoalok the day Salm was beaten when she arrived at the classroom late in the morning after a doctor’s appointment. She said he was sitting at her desk giving his usual greeting.

“Tyler liked to greet me by giving me the finger. It was a joke he did a lot,” she said.

Ludmer told the court that she remembered Hikoalok interacting normally with other students, searching for hats and shoes on a classroom computer, and that she did not detect any signs of drug or alcohol intoxication.

Under cross-examination by defense attorney Michael Smith, Ludmer agreed that she had not checked his bag or specifically had a conversation with him about whether he had consumed drugs or alcohol before class.

Ludmer also said she did not explain herself well when she told police in a June 4 interview that she was no longer keeping track of Hikoalok’s presence in class. She also said since it’s been four years, she is less sure of her memory of details such as Hikoalok’s clothing.

She said they still kept a place for him to continue his studies even though his attendance had dropped and agreed with Smith that she believed he had potential.

Ronald Destiné, a youth counselor at the learning academy, said Hikoalok would regularly talk to him about a variety of topics, including his passion for creating hip-hop music.

Hikoalok regularly talked about a studio he attended on Wednesdays to record music, and they talked about it on May 24, a Thursday, Destiné said.

“We talked. He told me he went to the studio the night before and he was creating some new music,” he said.

Destiné said he did not notice anything out of the ordinary with Hikoalok that day and that he did not detect any signs of drug or alcohol intoxication on May 24.

Destiné said he had seen Hikoalok drunk on a handful of occasions – where he would be calm, withdrawn and slurring his words or otherwise “off” his normal demeanor. In these situations, Hikoalok was isolated from other students.

The defense is expected to continue their cross-examination of Destiné Friday.

‘I didn’t know I killed anyone’

Earlier on Thursday, the court heard about Hikoalok’s arrest on 27 May 2018 from Const. Steve Luchies, who was part of the surveillance unit team that tracked him down.

The Luchies said they saw Hikoalok asking for cigarettes around the ByWard market and briefly visiting the Youth Services Bureau.

During the arrest at the corner of Rideau and Nelson Streets, Luchies said Hikoalok spoke to him after he was handcuffed but before the constable read him his rights.

Luchies, referring to his notes, told the court Hikoalok said: “I blacked out a few days ago … I didn’t know I killed anybody … I woke up on the pavement.”

Luchies said that other than telling him he was under arrest for first-degree murder and sexual assault, he did not provide other details about the alleged offense. Luchies also said he told Hikoalok that he hadn’t read him his rights yet and to shut up.

Luchies said Hikoalok had no difficulty following instructions during the arrest, did not resist and did not appear impaired.

After the constable read him his rights and a warning about making statements to police, he said Hikoalok repeated several times, “I didn’t know I killed anybody.”