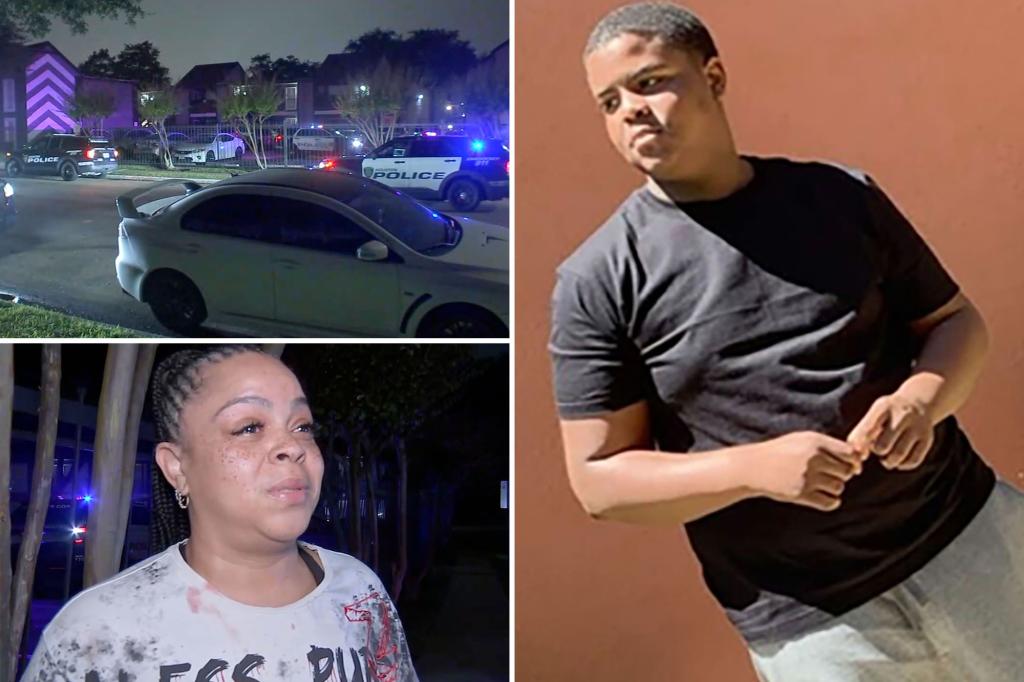 Two teenage boys were unloading groceries for a Thanksgiving dinner in Houston early Thursday when they were shot and killed, police said

Police who responded to the scene found an 18-year-old boy suffering from a gunshot wound to the chest and a 17-year-old boy who was shot in the neck.

The older victim was pronounced dead at the scene, while the younger was taken to a hospital, where he later succumbed to his injuries.

The shooting happened outside an apartment complex in the 11755 block of Southlake Drive shortly after midnight.

The 18-year-old’s mother identified him to ABC 13 as President Wynn. She said he had just graduated high school this spring and would have celebrated his 19th birthday on Dec. 8.

President Wynn, who was gunned down while shopping for Thanskgiving

Tasha Cooke said her son was unloading groceries from the car when he was shot.

Police said Wynn and the 17-year-old victim were related and lived in the apartment complex where the shooting occurred.

According to the police, there was a fight in the yard before shots were fired.

It is unclear at this time if either Wynn or his younger family member were the intended targets.

Police believe four to five shots were fired from a gun. They said they were looking for a suspect but didn’t have a good description.