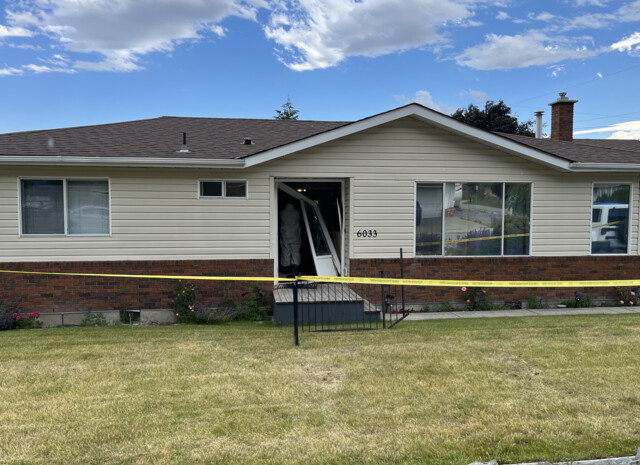 Police have confirmed that two people have died in a home in Peachland, in what appears to be a homicide-suicide.

The RCMP received a report at 16.30 Monday that a woman had received a call from her friend saying that a murder had taken place and that they were considering self-harm.

Officers determined the call was related to a home in Peachland at 6033 Garraway Place. Police swarmed the home and set up a containment, but were unable to contact those inside.

Tactical officers entered the home around 6.20pm and found a person dead with what appeared to be self-inflicted wounds with a weapon nearby. Another person was also found dead in the home.

“It is believed that the two persons were known to each other and that there is no further threat to the public,” said RCMP spokesman Dawn Roberts.

The RCMP says they will work with the BC Coroners Service to identify the deceased and the exact cause of death.

BC’s police watchdog, the independent investigation office, has also been called in to determine if police actions contributed to the deaths. The IIO investigates all incidents of death or serious injury involving the police, whether or not there are any allegations of misconduct.

Two people have died in a home in Peachland that was the site of a major police response Monday afternoon.

RCMP responded to a home at 6033 Garraway Place Monday around noon. 16.30. Neighbors reported that they had seen tactical officers with drawn weapons around the home.

The officers eventually forced their way into the home, broke down the front door and found two bodies.

A Mountie at the scene Tuesday confirmed that two people are dead. Forensic investigators are still on the scene.