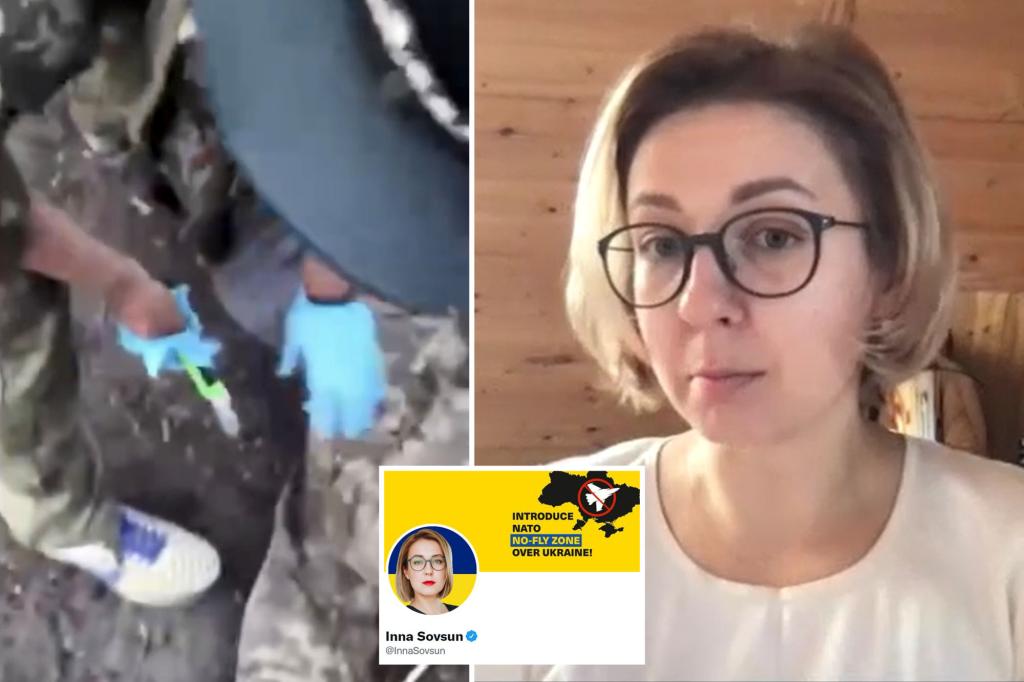 A lawmaker in Kyiv who posted a gruesome video purporting to show Russian soldiers castrate a Ukrainian prisoner took to Twitter on Friday to temporarily disable her account.

“Twitter has banned my profile today. Because I posted a video where a Russian soldier castrates a Ukrainian POW,” Ukrainian MP Inna Sovsun wrote after apparently being reinstated.

“Twitter decided it was too cruel. But that’s what happens. And deleting the video doesn’t change that,” she said.

“People should know what Russia is doing!” she added.

The lawmaker posted a screenshot of the message she said she received from Twitter, saying the video violated the company’s policies against broadcasting blood and gore.

The horrific footage shows camouflaged soldiers, speaking in Russian, kicking a distressed prisoner in the head as he lies bound by ropes on the floor.

With his mouth gagged, the tortured prisoner moans in desperation as the troops tear his trousers to expose his back.

As he squirms and moans, they use a box cutter on his genitalia, finally cutting it off and throwing it on the ground nearby.

In an alleged second part of the videonot shared by Sovsun but reported by various outlets, the man is then shot dead and his body is shown being dragged in a rope.

Twitter did not immediately respond to The Post’s request for confirmation that Sovsun’s account had been deactivated.

The social media giant has a stated policy of limiting the posting of “gratuitous smut.”

However, Twitter says that “very limited exceptions can be made for gory media associated with newsworthy events,” and goes on to state that “graphic violence” can be shared if the post is marked as “sensitive.”

Attempts to reach Sovsun in Ukraine were not immediately successful.