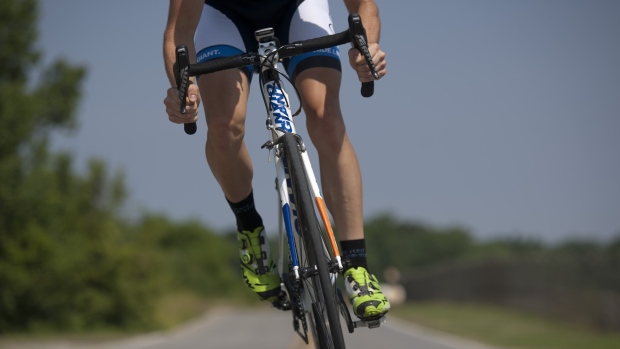 A lawyer and attorney say Toronto police are wasting resources by getting officers to cross intersections at High Park to catch cyclists speeding.

It is not uncommon to see cyclists racing through city parks, either for leisure, exercise or transportation purposes. But Toronto officials say this has led to numerous complaints from residents.

In July 2021, the city said more than 60 tickets were handed out to cyclists and drivers, respectively, for driving too fast and running through stop signs at High Park. According to David Shellnutt, managing partner of Biking Lawyer LLP, officers are back in the park again this summer.

On Tuesday, Shellnutt received a call from a BIPOC cyclist who became concerned after seeing two police officers at a stop sign pointing to an object in their direction. The object turned out to be a radar gun, but Shellnutt said the cyclist was still understandably intimidated.

“They told me they were there in the park because 11 division sergeants sent them there and that they had received tons of inquiries about dangerous cyclists hitting pedestrians,” Shellnutt said. “I told them it was simply not true based on our own data.”

According to publicly available Toronto police data, between 2006 and 2020, there have been 16 incidents with cyclists hitting pedestrians where a serious or fatal injury was reported. None of these incidents were in High Park.

Toronto police have said both members of the 11th Division and the City of Toronto have received complaints about cyclists and high-speed vehicles in High Park.

In a statement to CTV News Toronto, a spokesman said police and statutory officers position themselves at stop signs in the park to inform drivers or riders about proper speeding behavior.

“This has served as an educational piece for cyclists being informed about the (Highway Traffic Act) violations they may face, as well as the inherent dangers of speeding,” said Art. Tina Trepanier.

Toronto Police Assistants have also been detailed to patrol the park. This has been welcomed by the local community as well as those who visit the park. “

There was no information on whether tickets have been issued to cyclists in the park so far this year.

Last night in High Park #TorontoPoliti was out with radar and shooting cyclists. They did this armed and adorned with thin blue streaks. A day before the Chief is set to issue an apology for disproportionate use of force and stripper searches against black Torontoians, anti-black racism. pic.twitter.com/FUZWyByyRQ

Shellnutt says most incidents involving cyclists occur outside the park and often lead to injuries to the cyclists themselves.

He said a friend of his last year got a $ 120 ticket for driving too fast and therefore decided to use the bike paths outside the park instead.

“(He) was hit by a right-turning car, broke his collarbone, and the driver was fined less for driving too fast,” he said.

Shellnutt adds that assigning officers to monitor roads in parks is a “waste of resources,” given that there is no data to back up the actions.

“There’s actually no factual basis for why they would spend the city’s resources on it. As someone who bikes in the city every day, I go out, I see a car parked in a bike path, or I’m almost hit… nowhere. their police are seconded to ticket holders. ”

Instead, Shellnutt says the city should look at ways to deal with residents’ concerns without involving police. One suggestion he had was to have dedicated days or times when cyclists could only use the roadways.

“It’s a public space. We should all be able to use it.”

Gord Perks, Parkdale-High Park City Council member, agrees with this statement and has led the city. “High Park Movement Strategy”Which aims to improve mobility in the park in a way that promotes safety and accessibility.

“My view is that one deals with conflicts between pedestrians and cyclists and cars by design, not just sending enforcement.”

Consultations are set to begin on the strategy in the coming weeks, Perks said, and the implementation of the new design will take place in 2023 with the new Toronto City Council.

Meanwhile, Perks says the city council does not dictate where police should conduct speed control campaigns. Both he and the city’s park department have received numerous complaints from residents who are concerned that vehicles – both cars and bicycles – are driving too fast in the area, and he is aware of some cases where cyclists have collided with pedestrians, but none, where there has been a serious personal injury. been notified.

He also noted that last year, 830 tickets were handed out to drivers navigating the streets around the park.

“While the few hours that (the police) were in the park drew attention, the thing is, they routinely, almost every day, catch cars driving too fast outside the park,” Perks said. “I think we need to keep the two things in a relative perspective.”