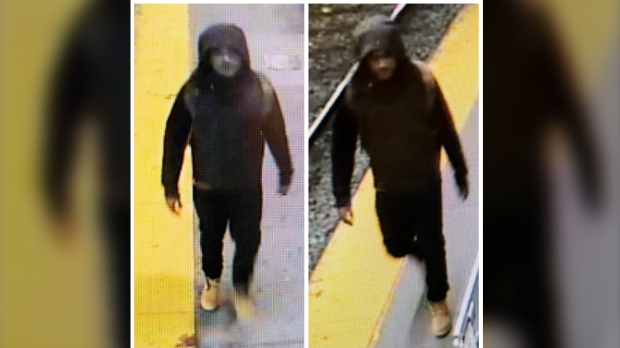 Toronto police are searching for a man wanted in an armed robbery on a GO train.

The suspect reportedly sat next to a male passenger and demanded his cell phone.

He also carried a knife and pressed the blade against the victim, the police said.

No injuries were reported.

The suspect is described as black, standing five feet seven inches tall, 145 pounds, with a medium build and gold teeth in the upper left corner of his mouth.

He was wearing a black hooded sweatshirt, black pants, brown boots with white fur on top and was carrying a camouflage backpack, police said.

Police have released security photos of the suspect.