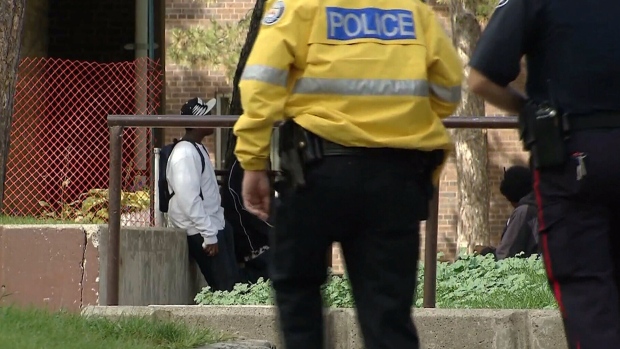 Toronto police have been asked to investigate whether the race-based data they are legally required to collect could ultimately be used to identify and investigate “specific cases of potentially unequal policing” as well as broader, systemic issues.

The Toronto Police Services Board on Wednesday passed a set of decisions aimed at examining – and potentially expanding – what can be done with the data under provincial law and its own policies.

“With regard to identifying specific departments or individual officers, the intention is certainly to look at whether and how this can be done, respecting the applicable legislation that creates the framework within which this is done,” Ryan Teschner, CEO and Chief of Staff, said in an email.

The board will then look at this assessment and review its policy on race-based data, Teschner said, adding that the proposals “consider a situation in the future where such an analysis could be possible, while respecting the legal framework.”

When it adopted the policy in 2019, the board said the data would not be used to identify specific officers or manage their performance, but to “identify trends that contribute to professional development and organizational change.”

Last week, Toronto police published the first set of statistics compiled under the policy. The figures show black and race-based residents facing disproportionate use of force and for some groups disproportionate enforcement and more frequent strip searches.

The policy was adopted in 2019 after the provincial government passed the Anti-Racism Act, which requires more public sectors to collect such information.

At a news conference last week, interim police chief James Ramer said the data was intended to highlight systemic problems and could not be used to investigate the actions of individual officers because the anti-racism law and the privacy commissioner require them to be anonymized. .

Ramer also said there were existing processes, such as internal investigations and the courts, to deal with the actions of individual officers, and that the force does not tolerate “overt racism.”

Ontario’s privacy commissioner has since clarified that the law does not prevent police from using the data to assess and discipline individual officers.

“These laws are designed to protect people’s personal information rather than information that identifies a person in a business, professional or official function.”

Ramer acknowledged the clarification at the police board meeting Wednesday and confirmed that the privacy commissioner’s office did not provide advice on the rule, which limits the use of race-based data to systemic issues.

But he said the force’s data analysis was “built to comply with the board’s policy, and therefore it simply cannot be used for individual performance issues.”

Toronto Mayor John Tory, who sits on the police board, said Wednesday that the report “clearly tells us we have a problem,” but the anonymization makes it impossible to “drill down and determine where the problem lies.”

While there are cultural and systemic issues to be addressed, “I think it’s impossible to meet the big challenge without addressing individual behavior,” he said.

Ramer apologized to the city’s black and racist residents last week when the statistics were released, saying the force should do better.

Many advocates and community members have said the report only confirms what black and racist people have been saying for decades.

The figures show that black people in the city faced a disproportionate amount of police enforcement and use of force in 2020 and were more likely to have an officer point a gun at them – whether they are perceived as armed or unarmed – than white people in the same situation.

The report also shows that Middle Eastern people were overrepresented when it came to enforcement and use of force, while residents of Latino and East and Southeast Asian countries experienced less enforcement compared to their representation in the population, but saw more use of force when interacting with police.

There were also racial differences in streak searches where native, black, and white residents searched disproportionately relative to how many of them were arrested.

This report from The Canadian Press was first published on June 22, 2022.