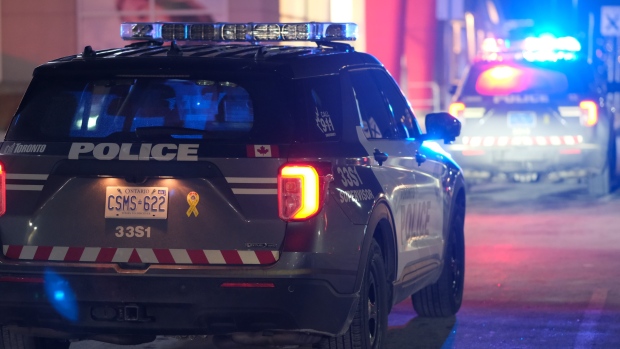 Toronto police are investigating after a man suffering from a gunshot wound walked into a hospital Wednesday night.

Police said they were notified of the incident shortly after 8:30 p.m

They initially did not know where the shooting took place, but said officers later found a scene in the area of ​​Weston Road and Fenmar Drive, south of Steeles Avenue West.

The circumstances surrounding the shooting are unknown. No suspect information has been released.

SHOOTING:
20:37
– Reports that a man has been to an area hospital with a gunshot wound
– The police are investigating
– Anyone with information contact the police#GO2288400
^ lb