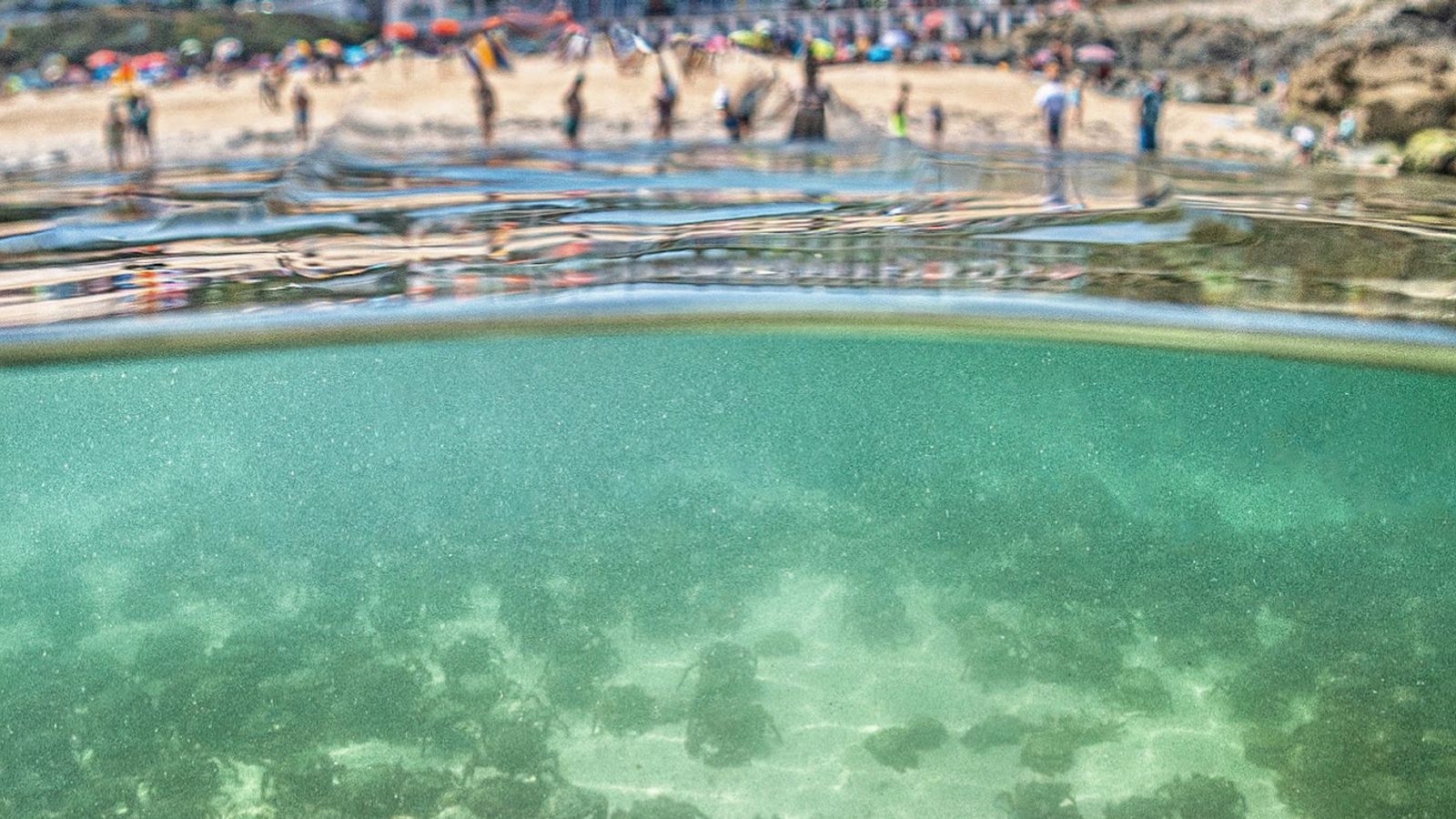 Thousands of poisonous crabs have swarmed Cornwall’s beaches, shedding their shells before returning to the depths of the sea.

The carpet of crabs congregating in the shallow waters of St Ives is a sight that is becoming more and more common in summer due to rising sea temperatures.

Instantly recognizable by their long legs and pincer claws, spider crabs have a venomous bite that is poisonous to their prey but harmless to humans.

While their presence at Porthgwidden Beach was enough to deter many bathers from entering the sea, some took the chance to snorkel above the mass of crustaceans to witness the hair-raising spectacle.

Once the crabs shed their shells, they return to depths of 300 feet, leaving the water clear for those hoping to paddle in the water.

Kate Lowe, a marine photographer, captured the event that same week a female snorkeler was bitten by a blue shark further around the Cornish coast, off Penzance.

Kate said: “I snorkel most of the time throughout the year but I have never seen spider crabs in such numbers.

“When we showed up at the beach, it looked like there were lots of dark rocks under the surface.

“But it turned out there were thousands of crabs just two or three steps down into the water.

“It was just really incredible, they were only up to the knee. I was able to float on top of them and try not to step on them.

“Many of the tourists squealed at the sight of them.

“Their shells were just floating around.”

Spider crabs – Hyas araneus in Latin – usually gather in huge numbers in shallow water to protect themselves from predators.