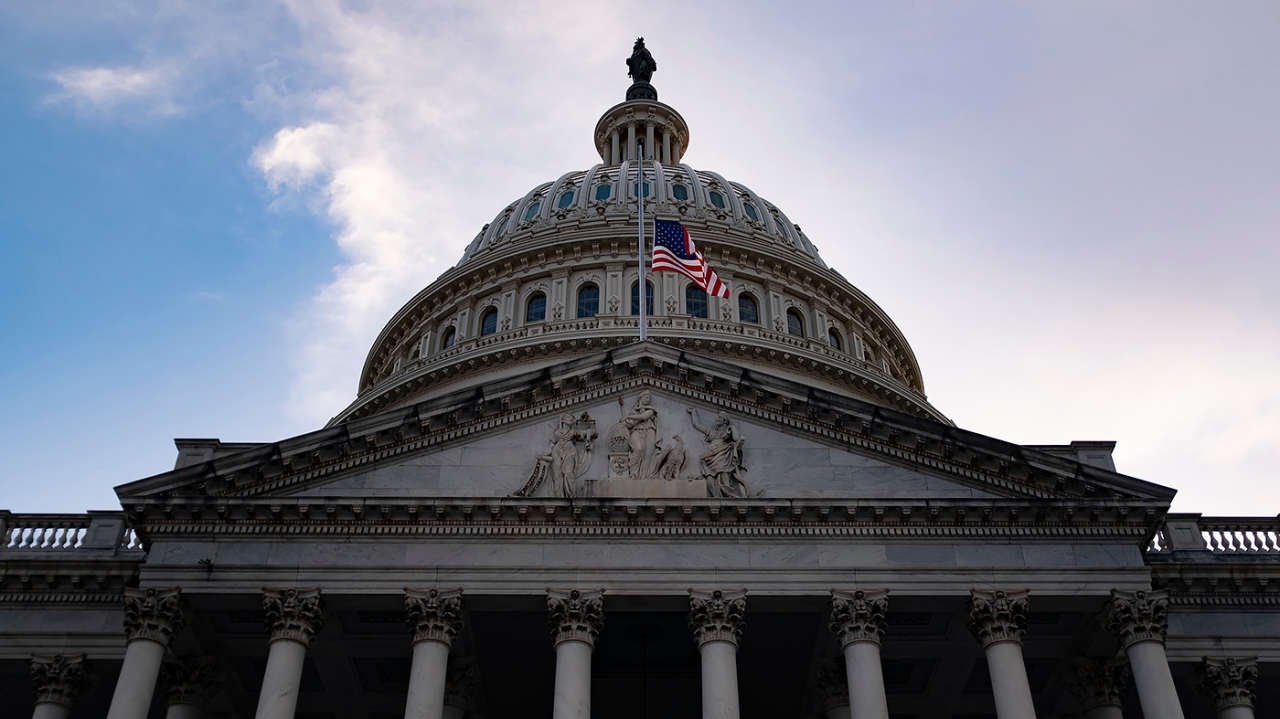 Nine House Democrats voted against a bill Thursday that calls for federal grants to small law enforcement agencies, preventing the party from the much-anticipated vote.

The House approved the bill, titled the Invest to Protect Act, in a vote of 360-64. Rep. Josh Gottheimer (DN.J.) sponsored the measure.

A total of 153 Republicans supported the bill, while 55 voted “no.” House Republican leadership did not lash out against any of the four police and public safety measures brought to the floor Thursday.

The measure seeks to award federal grants to law enforcement agencies with fewer than 125 officers that could go toward purchasing body cameras, offering de-escalation training and strengthening recruitment and retention, among other things.

Bush, a freshman lawmaker, signaled her opposition to the Gottheimer bill Thursday morning: Her spokesman released a statement detailing the congresswoman’s concerns about the lack of “accountability measures” in the legislation.

This opposition, along with concerns from other members of the progressive “Squad,” jeopardized the passage of the bill and other police and public safety measures and delayed debate with approximately three hours. Bush, Ocasio-Cortez, Tlaib and Bowman voted against the rule to begin a debate on the package of law enforcement bills, and Pressley voted “present.”

After the procedural vote, Bush expressed concern about the lack of accountability measures in the Gottheimer bill, arguing that the legislation is full of “uncontrolled, unmonitored money.”

“Where is the police accountability? You know, when does it happen? When does it come into play? When does it become a priority?” she asked reporters at the Capitol.

Asked what accountability measures she hoped to see, Bush said “fundamental provisions” from the George Floyd Justice in Policing Act — which passed the House last year but has since languished in the Senate — could have been included.

Ocasio-Cortez, also a member of the progressive “Squad,” took issue with the fact-tracking process by which the Gottheimer bill was brought to the floor for a vote. The measure did not make it through committee, as is usual for ordinary orders.

“I have not heard an explanation as to why the two bills are not properly presented to the floor on their own merits. And why must they be packaged with a piece of legislation whose final version no one saw until yesterday, which was not presented to the committee, was not debated, why are we doing this?” she asked reporters.

“And why are some people allowed to completely subvert our democratic processes internally and why are some of us held to a higher standard than others?” she added.

The House also passed three other measures on policing and community safety on Thursday. All voting Democrats supported these measures.

However, some Republicans voted against the party on these bills.

Three Republicans voted for the Mental Health Justice Act – sponsored by Rep. Katie Porter (D-Calif.) – which seeks to provide funds that would go toward training and assigning mental health professionals to assist in situations involving individuals who have special behavioral needs, rather than deploying a law enforcement officer to respond .

Fitzpatrick was the only Republican to vote for the Break the Cycle of Violence Act, sponsored by Rep. Steven Horsford (D-Nev.), which seeks to award grants to coordinated community violence projects in places that have a disproportionate number of homicides and communities. violence.

The fourth bill, titled the VICTIM Act and sponsored by Rep. Val Demings (D-Fla.), passed with widespread bipartisan support: All Democrats present and 30 Republicans voted “yes.” The measure would direct the Justice Department to establish a grant program to bolster local investigators’ use of technology to crack cold cases, particularly those involving gun violence.