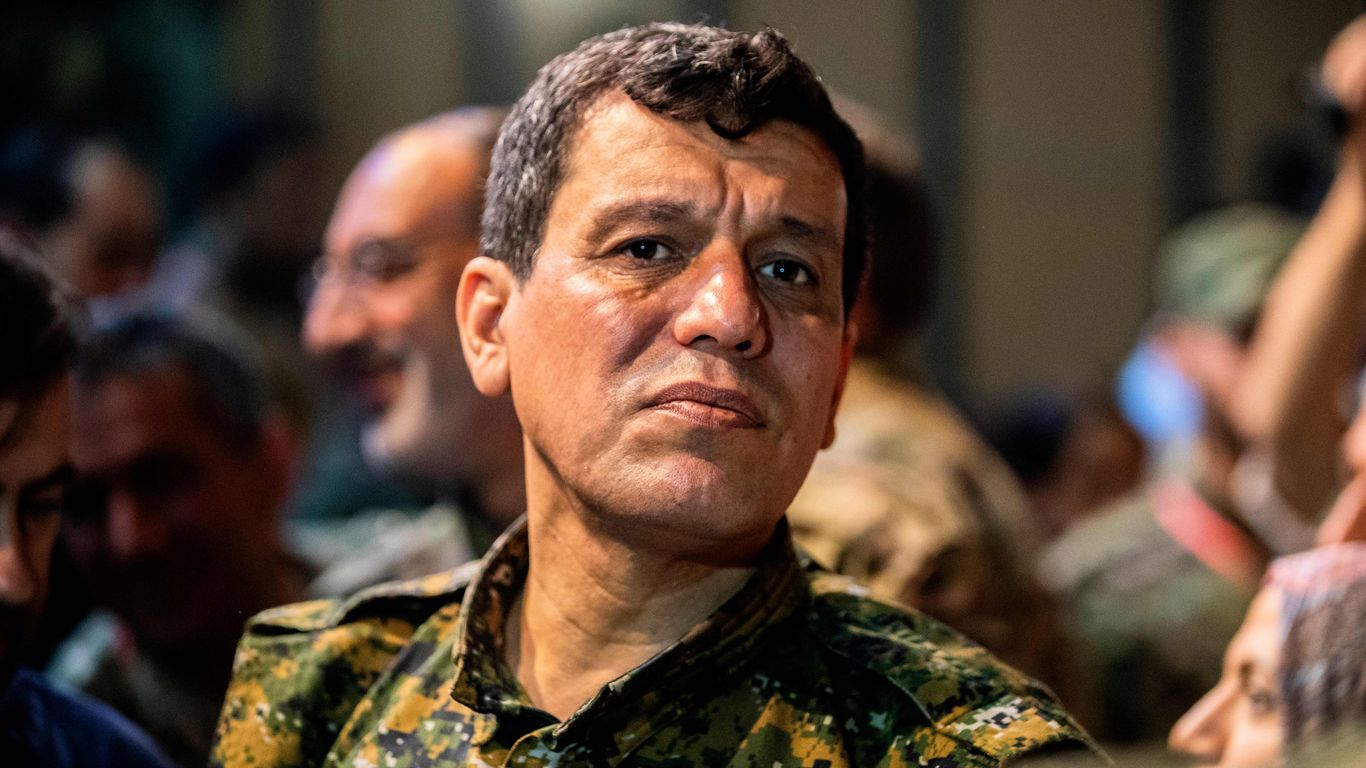 The commander of the US-backed Syrian Democratic Forces (SDF) tells Axios that the US has a “moral duty” to do more to prevent Turkish President Recep Tayyip Erdoğan from ordering a ground offensive into Kurdish-controlled northeastern Syria .

The big picture: Turkey has launched drone, air and artillery strikes across its border with Syria over the past four days, with Erdoğan now promising to send in troops and tanks.

In an interview with Axios on Wednesday, SDF commander Gen. Mazloum Kobane Abdi said that while he has received intelligence that Turkey has told its local proxies to prepare for a ground offensive, the Biden administration may still convince Erdoğan to back off.

What they say: “The escalation in Syria and along the Turkish-Syrian border in recent days is dangerous and a threat to the safety of civilians and US personnel in Syria,” a White House National Security Council spokesman told Axios.

Status: Erdoğan said on Wednesday that the ground operation would begin “at the most convenient time for us.” The Turkish leader seems inclined to push forward this time, and statements from Washington and Moscow won’t necessarily stop him, Soner Cagaptay of the Washington Institute told Axios.

The other side: Mazloum tells Axios that the SDF is committed to preventing “escalation,” but “if the fight happens, our forces will defend themselves and their people until the last of us.”

“We believe that President Biden will fulfill his promises and protect the Kurds from ethnic cleansing of the region by the Turks, as he promised during his presidential campaign,” Mazloum says, crediting the administration for keeping those promises so far.

Between the lines: The Obama, Trump and now Biden administrations have all struggled to balance relations between the US with its NATO ally Turkey and its Kurdish partners in Syria.