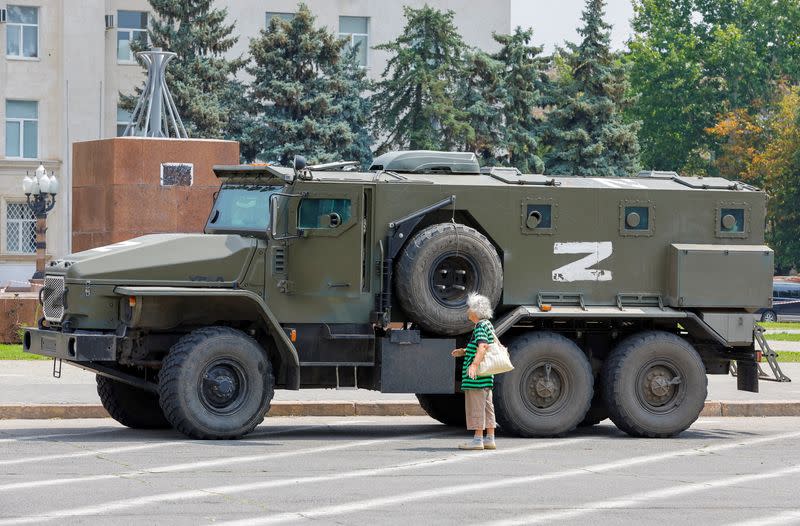 LONDON (Reuters) – The deputy head of the Russian-installed administration in Ukraine’s occupied Kherson region on Friday dismissed reports that the administration’s head, Volodymyr Saldo, had suffered a stroke and was in a coma.

In a statement on Telegram, Kirill Stremousov said the reports were “part of Ukraine’s information war against Russia”, although he confirmed Saldo was ill and said he was “resting”.

Russian state-run broadcaster RT had previously reported that Saldo, a former mayor of the city of Kherson who was appointed to lead the region of the same name when Russian troops overran it in early March, was in a coma and was for life.

The region is part of a part of Ukraine occupied by Russia and stretches north and east from the annexed Crimean peninsula along the northern coast of the Sea of ​​Azov to the Russian border.

Ukraine has said it will launch a counter-offensive in the Kherson region and has carried out attacks on Russian supply lines and ammunition dumps in the area. In June, a senior official in the Russian-backed administration was killed in a bomb explosion that his colleagues blamed on Ukraine.

Moscow says it was forced to take control of parts of Ukraine to prevent persecution of Russian speakers and fend off a Western threat to use Ukraine to threaten Russia’s security.

Kyiv and its Western allies say these are baseless pretexts for an imperial land grab.