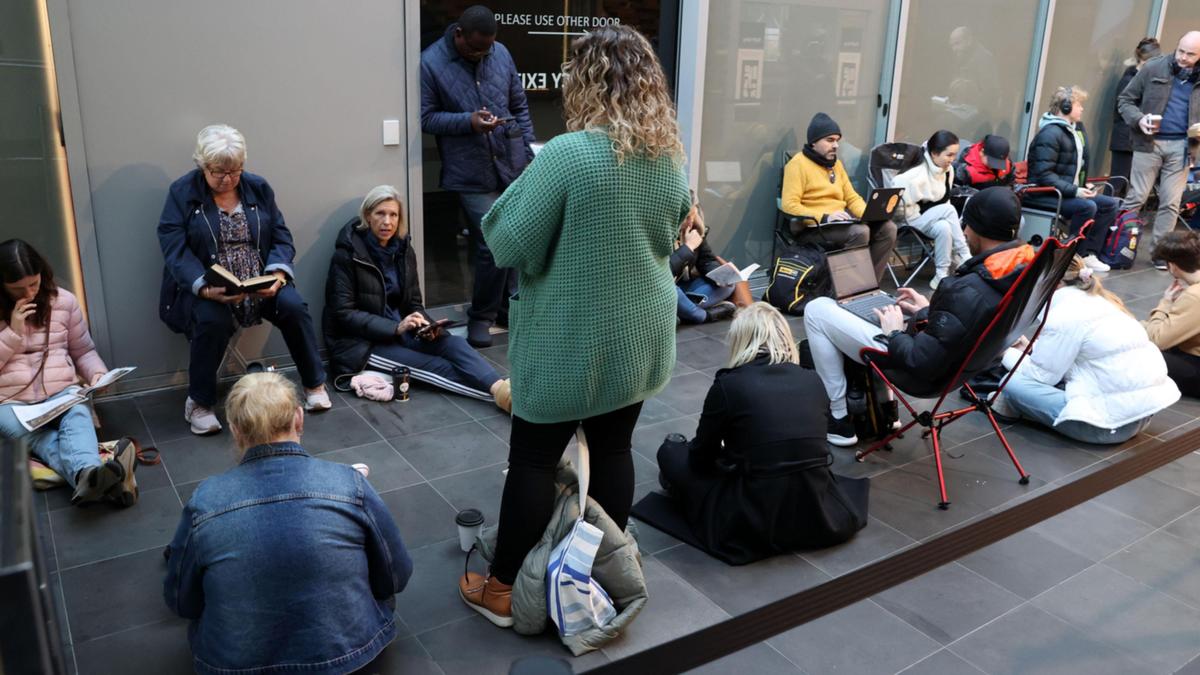 Travelers are forced to stand in line for days to solve problems at Perth’s passport office while the Commonwealth government tries to remove a growing backlog of claims.

People have arrived at the office daily from kl. 5.30 to secure an early place in the queue before APO’s doors open at. 8.30. Staff have asked to ask people to leave the area – and return once they have received SMS instructions – to ease tensions with surrounding businesses, which are becoming frustrated with the queues, it is understood.

Assistant Secretary of State Tim Watts blamed the former Morrison government for the blowout in waiting times, claiming it was not preparing for the “expected” increase in passport applications following the reopening of Australia’s international borders. An additional 1,100 employees have been promised to the APO by September to handle the increase in requirements and applications.

The Ministry of Foreign Affairs and Trade has warned people to expect a six-week waiting period for passport requirements to be processed. “We are experiencing strong demand for passports since the reopening of Australia’s international border,” the DFAT said in a statement earlier this month.

“In the first three months of this year, we issued nearly 400,000 passports, more than double the total number we issued in the same period in 2021.”

Joondalup mother of two, Louisa Walker, has woken up at. 4.45 to secure an early seat in the queue in hopes of talking to staff about her eight-year-old daughter’s passport, which she applied for in early March.

Ms Walker and her husband are hoping to travel to the UK with their two young daughters to see their elderly and ill parents for the first time in three years.

She was rejected from the APO Perth office for the third time last Friday without her daughter’s passport.

The family has booked plane tickets for Wednesday.

“My youngest daughter’s passport came back within three weeks, but they told me that my oldest (passport) had been lost in the system,” Ms Walker told The West Australian.

“So I waited a while and thought it would show up, but a month ago I got a little nervous and called the helpline.” After six hours of waiting, they told me it had all been approved but lost in a print queue, they escalated it to find out. “I called back a week later and was told that it has been escalated on an old system so no one has been marked, I will mark it now with a man in Perth. “

Ms Walker said she was once again told that her request had been lodged by staff on yet another “old system”, prompting her to visit the APO in person.

She was told by staff on Friday that her daughter’s passport was stuck in Adelaide and she would not be able to speak to APO staff until she received further written instructions.

Others have shared similar experiences of changing instructions from APO employees as well as being sent away from the Perth office after standing in line for hours on several different days.