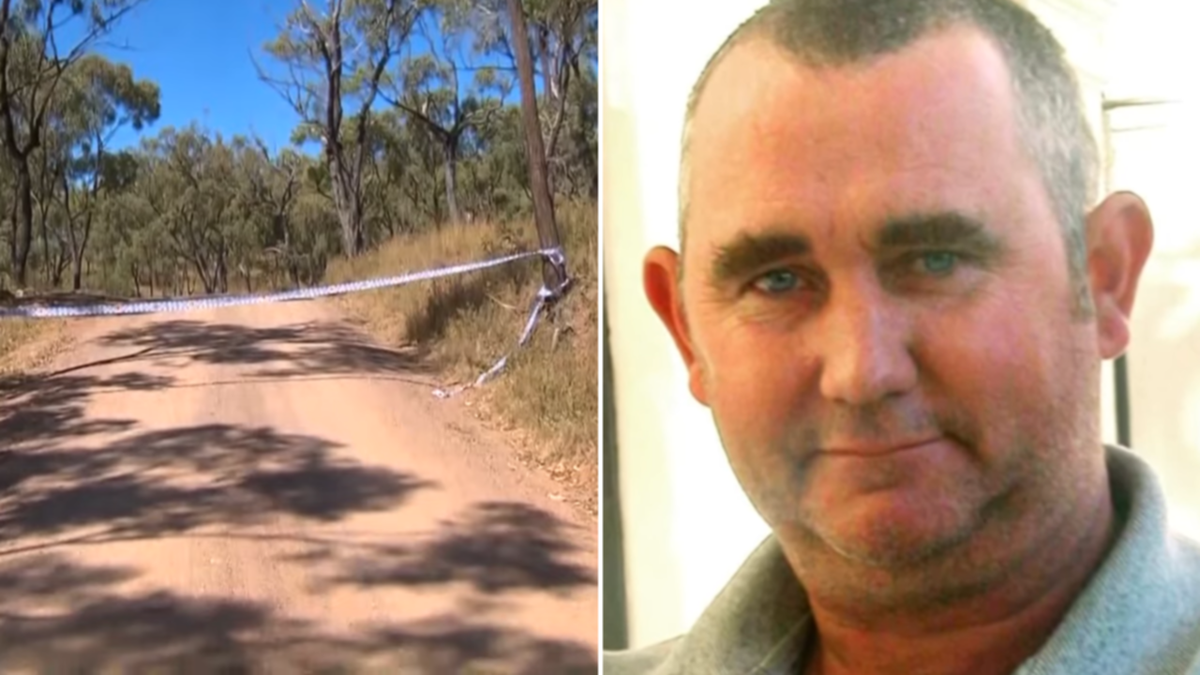 The man charged with murder following a mass shooting in rural Queensland has been revealed to be local farmer Darryl Young.

The 59-year-old has been accused of murdering his neighbours, Mervyn Schwarz, 71, his wife Maree, 59, and her son Graham Tighe, 35.

The neighbors had a long-running dispute over boundary lines at their properties in rural Bogie, police say.

It is alleged that Young invited his neighbors to meet him on the edge of his property on Shannonvale Road on Thursday.

Young is accused of then shooting the couple and Maree’s sons Graham and Ross Tighe, ‘execution style’ with a rifle.

Ross, who was shot in the stomach, miraculously survived the shooting and managed to escape in a ute and call for help.

He remains at Mackay Base Hospital in a stable condition.

On Friday, Young was charged with three counts of murder and one count of attempted murder.

He is due to appear in Proserpine Magistrates Court on Monday.

Acting Superintendent Tom Armitt said the property where the shooting allegedly took place was “tens of thousands of acres”.

“It’s actually a 45-minute drive between the neighbors,” he said.

“At the crime scene, which is at the front gate of one of the premises, there is a 3 km drive between the gate and the house at that location.”

Armitt said that because Ross had been so far from the crime scene and it was unclear whether the alleged gunman was still at large, police were cautious in their approach to the property.

“At that point, not knowing if the gunman was present or not, put their lives in serious danger, especially since the report was that people had been shot with a rifle,” Armitt said.

“So it was slow and careful work and extremely brave by the officers involved at the time.”

The allegations come as tragic new details emerge that Graham’s partner Lucy had only recently given birth to their second child.

Graham’s uncle, Greg Austen, told 7NEWS the father had only spent a few days with the newborn before the child was taken to Brisbane to visit Lucy’s mother.

“It’s just a devastating shock that things can happen so quickly in an instant and destroy so many lives so quickly,” he said.

Lucy had been stuck in Brisbane as she was unable to fly on commercial airlines weeks after giving birth.

On Friday, the charity Angel Flight arranged a charter for Lucy and her two young children to fly home to north Queensland.