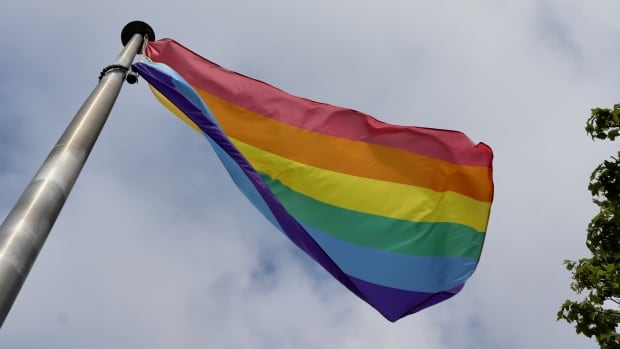 A civic group has been formed in the wake of a city council meeting in Ontario in which a man accused of stealing Pride flags was allowed to speak for 30 minutes and “spew out hatred” to the gay community.

Jacob (Jake) Dey, who runs an agricultural equipment store in Tillsonburg, Ont., Had been charged with theft after Pride flag in the Norwich agricultural community was taken down. On Tuesday, the 47-year-old businessman in the Norwich Township Council spoke for half an hour in a speech comparing the gay community to a social movement similar to Nazi Germany in 1930s Germany.

No politician stopped Dey from speaking. People in the public gallery who asked him to stop the speech were asked by politicians to be respectful and let Dey speak.

“Many of us share a very similar feeling that we are all shocked by what we heard at the Council meeting, frustrated that it even happened that the Council gave this specific delegation the platform to spew out the hatred and hate speech that they did., “said Brian Kennedy, spokesman for the Citizens’ Group.

“It really left us feeling like we were let down by our township, and it’s really led to the fact that we now have to deal with the consequences of hearing the hatred, of having been there, of witnessing it, that live with it, and now to have to answer it. Everyone was very hurt, very sad and of course angry. ”

During Dey’s presentation, he spoke on the Bible and questioned the Charter of Rights and Freedoms.

The Citizens’ Group, which met Wednesday night, discussed what to do about Dey and what it calls a homophobic presentation, as well as the Norwich Township Council’s inaction during the presentation.

They ignored the rules, the clerk says

When Dey asked to present his thoughts on the Pride flag to the city council, officials sought legal advice on whether to let him speak, said Ken Kruger, Norwich’s clerk and CEO.

This is the first time officials have sought legal advice before getting anyone to talk to council members, Kruger said.

“Based on the legal advice, he was allowed to speak,” Kruger said, but with some restrictions: only about Pride banners in township areas and not about the legal charges he faces.

Dey was also asked not to speak “disrespectfully to any person or in a way that would be considered hateful,” Kruger added.

Dey significantly exceeded the 10-minute deadline normally given for delegated speakers. In the eight years he has been mayor, no one presenting to the council has had their time cut off, even though it was over the 10-minute limit, Kruger said.

Norwich Township integrity commissioner Greg Stewart said he had no comment on whether he had received complaints about Dey or any council members.

“We were not so keen on allowing Mr Dey to speak, but my interpretation was, if he does not touch on certain topics, he has every right to present at a council meeting,” Martin said. “As a chair, a lot of the fault lies on my shoulders. A lot happened in the room, the room was crowded and I was afraid of what would happen if I stopped him.”

There have since been emails from members of the community saying they do not feel safe in Norwich, Martin said, something he regrets. “Mr. Dey’s comments do not reflect the council’s ideas,” he said.

grev. Lynne DePlancke, who was also at Tuesday’s meeting, said she regrets that no one stopped Dey after 10 minutes.

“He did not start out hateful or judgmental, but as it continued, it became very hateful towards people,” she said. “As advice, it’s a mistake on our part. He should have been cut off.”

DePlancke is also a member of the Norwich Business Improvement Association (BIA), which voted to raise the Pride flag in the city.

grev. John Scholten said he would not call what Dey said “hateful,” but rather a “strong disagreement” with those who support the Pride flag.

“The emotions are strong, that’s for sure. They are very strong. I just wish everyone would simmer down,” Scholten said.

Complaints about police board member

The Norwich Police Services Board has received five complaints against Gerrit Tenhove, a provincial police officer, after speaking to the Norwich Business Improvement Association about his disappointment that the BIA raised Pride flags in the community.

“As a Christian denomination, we hold on to the authority of the Bible. In terms of gender and sexuality, the Bible is very clear. God created man and woman … in terms of sexuality, all sex outside of heterosexual marriage is sinful,” Tenhove said in his presentation. on June 7th.

The Norwich Police Board will meet on 24 June to consider these complaints.