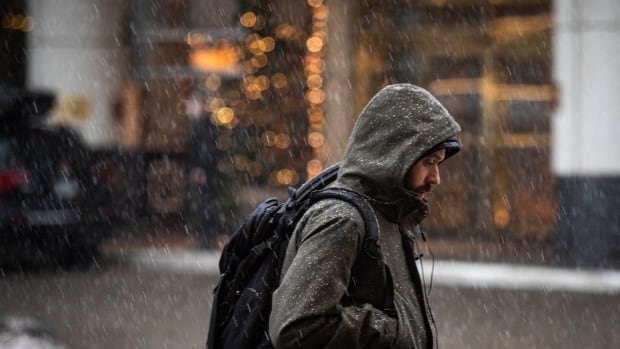 Temperatures across most of British Columbia are expected to shift into cooler and colder-than-normal territory through most of next week, according to meteorologists.

Environment and Climate Change Canada (ECCC) said a “shift in the weather pattern” beginning late this weekend will begin to bring “much colder temperatures” to the province.

“Recently we’ve been in a west-southwest flow the last few days and we’ll start to see more of a northerly flow across the province and a ridge of high pressure building from the north, especially into the northern part of British Columbia,” ECCC meteorologist Alyssa Charbonneau said Wednesday.

“It’s really going to vary … but overall it’s going to be cooler than normal for most places in the province.”

Communities further north will bear the brunt of the cool weather, Charbonneau said. Fort St. John, for example, could see temperatures of just -23C – a significant drop from Wednesday’s expected high of 4C.

“It’s going to be a region where they’re definitely going to feel the brunt of winter,” Charbonneau said.

CBC meteorologist Johanna Wagstaffe said long-range forecasts have indicated the next month is likely to be colder than normal for most of Canada. The change could set BC up for some seasonal snowfall, she said.

Those in the southern interior next week, including the Okanagan and Kootenays, could see temperatures drop towards -10 or -20 C.

Charbonneau said areas on the South Coast, including Vancouver, will also be cooler, but only “a few degrees below normal.”

The winter period comes after an unusually warm and dry October, which was the hottest on record for a dozen communities across the province.

“This has definitely been a fall of extremes,” Charbonneau said.

“We’ve had a few days of warmer weather and it’s going to be another stretch of cold, so keep an eye on the forecast and stay warm and take care if you’re outside.”