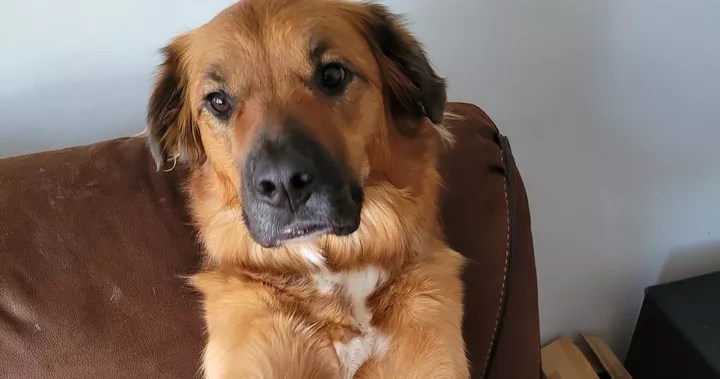 A stolen Calgary dog ​​has been found after a break and enter Monday, according to police.

According to Calgary Police Serviceofficers were called to the 100 block of 59 Avenue Northwest for reports of a residential break and enter.

Police said one or more suspects forced their way into a home sometime between 1 p.m. 8:00 and 14:30 that day, and the resident’s household dog, King, was reported missing.

King, a blend of St. Bernard and mastiff, has since been found and reunited with his owner. A CPS spokesperson confirmed to Global News that he was found in the Water Valley area of ​​Mountain View County.

“We can confirm that the dog was found injured and is being evaluated and cared for by veterinarians. The dog’s condition is part of the overall burglary investigation. We are investigating all parts of the incident,” a CPS spokesman said in an email.