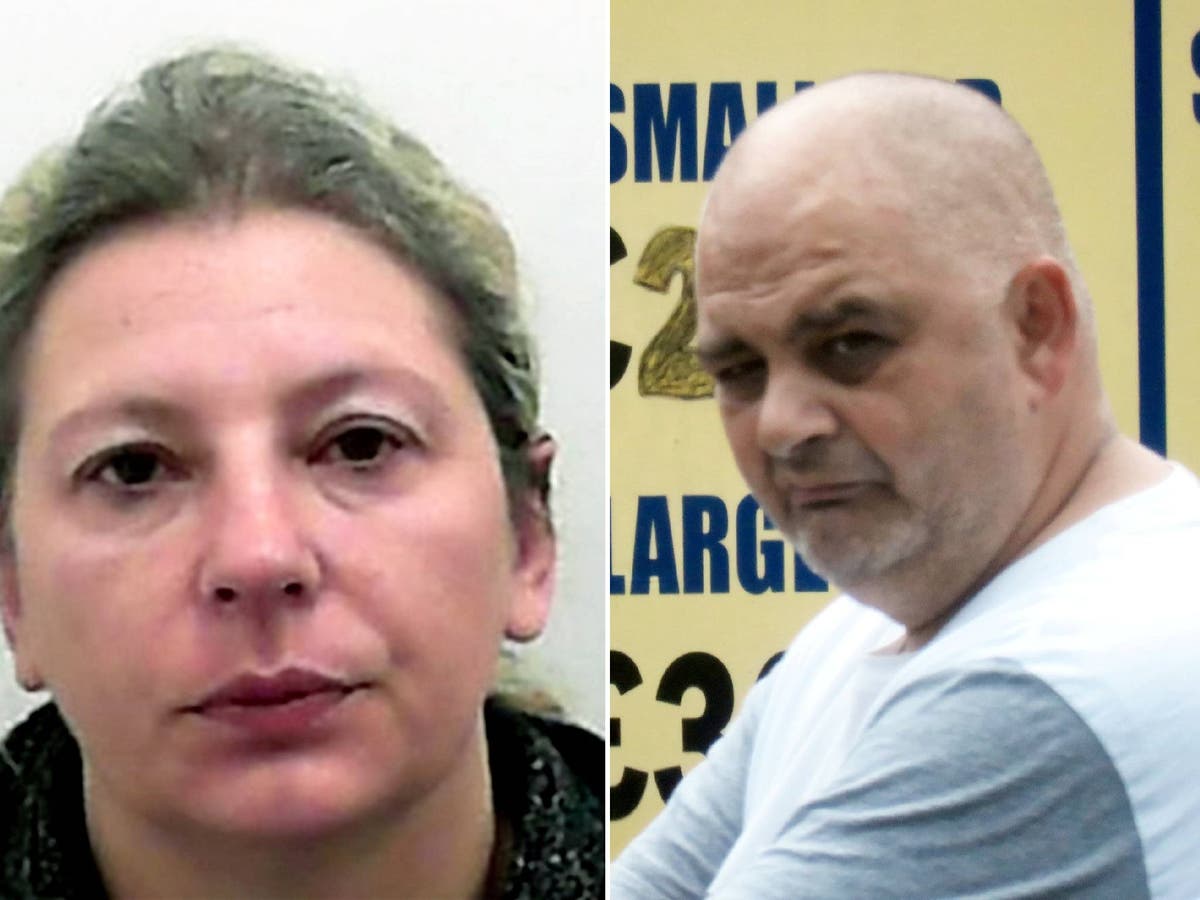 A couple who held vulnerable people as slaves and forced them to do nearly 1 million pounds of work for free have been jailed for a total of 25 years.

Maros Tancos and Joanna Gomulska, both 46, were the leaders of a modern-day slavery and human trafficking operation in Bristol.

They persuaded dozens of vulnerable people to travel from Slovakia to work for them at a city laundromat.

Tancos would use its connections to orphanages and camps in Slovakia to recruit victims and promised them transportation, a place to live and food, and a better life.

The victims were told that they would keep half of their salary each month, while the other half would go to food and cost of living.

But on arrival, the victims were held in misery in the couple’s three-room home in Brentry Lane, Bristol, and forced to work for free.

They said they were locked inside the house and had identity documents and cell phones taken from them.

She would take their identity documents and only release them when they were needed for applications such as. national insurance numbers or bank accounts.

Gomulska would accompany the victims to appointments and would act as an interpreter before taking their bank cards and pin numbers.

The victims work at Tanco’s car wash business during the day and were then sent out to other jobs at night.

NCA investigators found that Tancos and Gomulska failed to pay a minimum of £ 923,835 in wages, based on calculations of what they would have earned on minimum wage for eight hours a day.

The couple also transferred nearly £ 300,000 from their victims’ accounts, which they earned while working on the secondary jobs.

All the money was spent on Tancos and Gomulska’s living expenses, gambling online or at casinos and on used cars.

The victims said the Tancos would be violent towards them, and some described being threatened or hit.

They said they were too scared to leave the property and on many occasions were locked inside.

The Danish Criminal Agency (NCA) officers started an investigation in 2017 and traced Tanco’s and Gomulska’s violations back to 2010.

The couple were kept under surveillance as they transported their victims to and from the car wash and to other manual roles around Bristol.

A total of 42 victims were interviewed by specialists, and 29 testified about the assaults they were subjected to in court.

The victims described their time with the defendants as “catastrophic” and said they were humiliated, hit and punished by the Tancos.

Another described that she returned to Slovakia when she became pregnant, where her child was born malnourished and had epileptic seizures because she had no money to bring back from Britain for food.

One victim described the house as a “gate to hell” and said they were not allowed to leave it.

They said, “The only thing I knew was work. All the time I thought I was a slave there. I thought there was no way back.”

Tancos and Gomulska denied a number of violations of modern slavery and human trafficking, but after a trial that lasted nearly three months and with evidence from 15 victims, they were convicted in April 2022.

They were convicted at Bristol Crown Court on Wednesday. Tancos was jailed for 16 years and Gomulska for nine. Tancos were also made the subject of an order to prevent slavery and human trafficking.

Judge Martin Picton praised the NCA team for their work, saying defendants would have to serve at least two-thirds of their sentences before being eligible for release, instead of the usual half.

NCA Department Chief Colin Williams said: “Our investigation has put these two cruel addicts behind bars for a long time. Tanco’s and Gomulska’s vulnerable victims were held captive and treated with utter contempt despite promises of a better life in the UK.

“Witness testimonies from the victim showed the mental and physical scars they still carry after their treatment of the couple.

“Tackling human trafficking and modern-day slavery is a high priority for the NCA, and we hope this outcome will bring some closure to the victims.”

Secretary of Defense Rachel Maclean said: “Tackling modern slavery is a top priority for me and we must ensure that victims get the support they need to start rebuilding their lives and that criminals who cruelly exploit people for commercial purposes gain, prosecuted.

“We have given law enforcement agencies the powers and resources to take on gangs profiting from modern slavery, and thanks to the incredible work of the NCA, these criminals have now been brought to justice.”