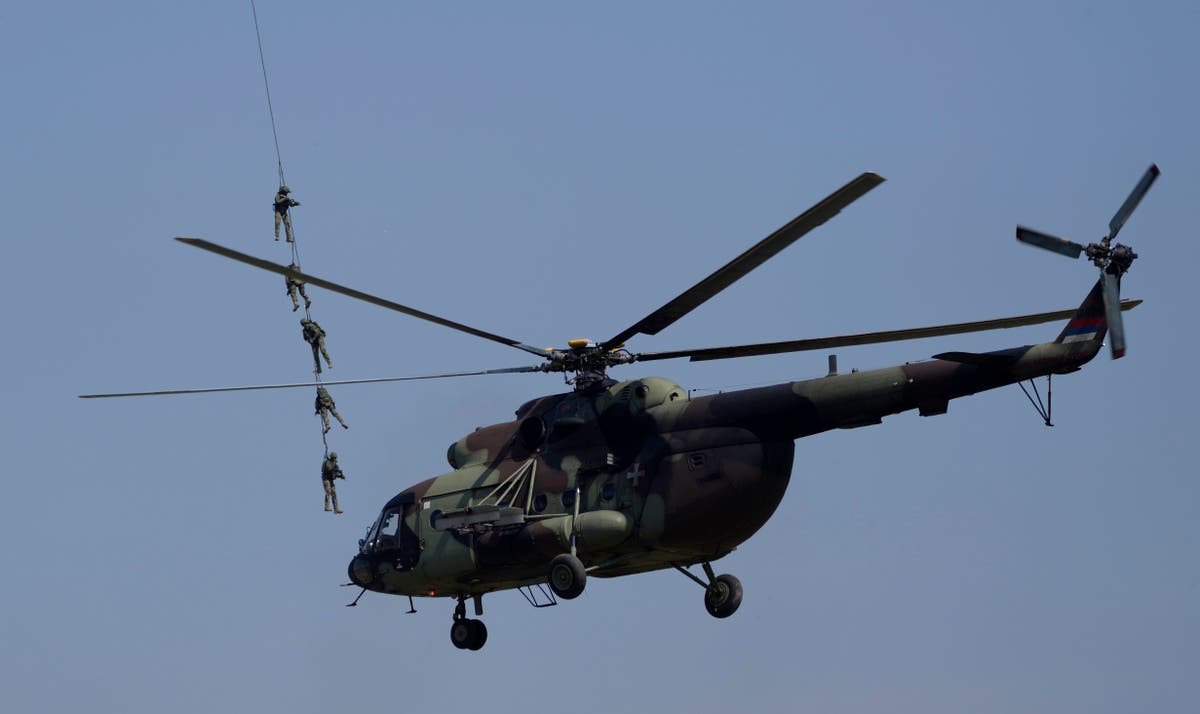 Six people have died after a helicopter used for tourist flights crashed on a motorway in West Virginia on Wednesday.

The helicopter, which was based at an airport in State Logan County, crashed on State Route 17 near a land area and was on fire when rescue crews arrived, according to officials.

Ray Bryant, chief operating officer of the Logan Emergency Management Authority, confirmed there were no survivors.

Sir. Bryant described the helicopter as a Vietnam War Bell UH-1B, a military helicopter powered by a single turbocharged engine with two-bladed main and tail rotors, manufactured in 1962.

The Federal Aviation Authority (FAA) and the National Transportation Safety Board have sent investigators to the scene. State Route 17 was expected to remain closed for 24 hours during this investigation.

“A Bell UH-1B helicopter crashed near Rt 17 in Logan County, West Virginia, around 5 p.m. local time Wednesday,” the FAA said in a statement. “Six people were on board.”

“The FAA and the National Transportation Safety Board will investigate the matter. The NTSB will be responsible for the investigation and will provide further updates.”

The cause of the crash is still unclear, but according to Logan County’s emergency management office, there was a severe thunderstorm for the area at the time of the incident.

Responding to the crash, West Virginia Governor Jim Justice tweeted: “Cathy and I pray for the families of those killed in this tragic helicopter crash.”

The helicopter, owned by Marpat Aviation, was used during an annual reunion this week for a charity event, according to the New York Times.

Anyone could pay a donation of $ 250 for the fuel and fly the helicopter for 30 minutes without being a pilot, while others could ride with a small donation, it says on the websiteaccording to the report.

The Vietnam War-era helicopter has a strong following among aviation enthusiasts and has been in a host of hit films, including The Hard, The Rock and Baywatch.