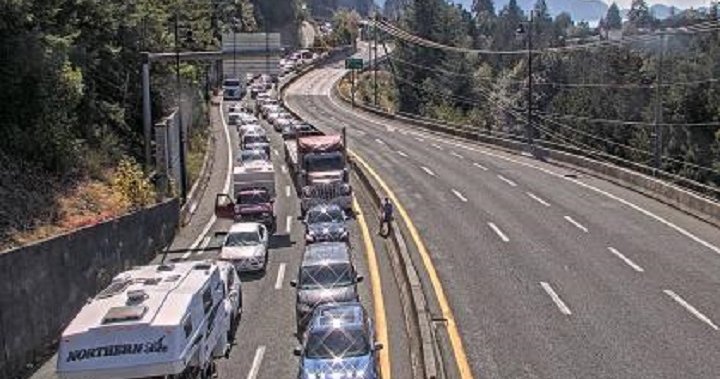 That Sea-to-Sky Highway was closed to northbound traffic near Lions Bay for several hours after a potential hit-and-run Tuesday.

Shortly before 4 p.m., DriveBC said officials had opened one lane in each direction.

BC Emergency Health Services said it was notified of the accident just before 8 p.m. 11:20 a.m. about a crash involving a motorcycle.

Two ambulances were dispatched, but no one was taken to hospital.

Squamish RCMP said the Integrated Collision Analysis and Reconstruction Team had been deployed.

Investigators also asked the public to be on the lookout for a white Honda with rear-end damage and part of its rear bumper missing.

“If you are seen, please call the police and do not approach,” police said.

The injuries from the collision were not immediately clear.

Police said they were working to open one northbound lane on the route but the closures were expected to be “prolonged”.