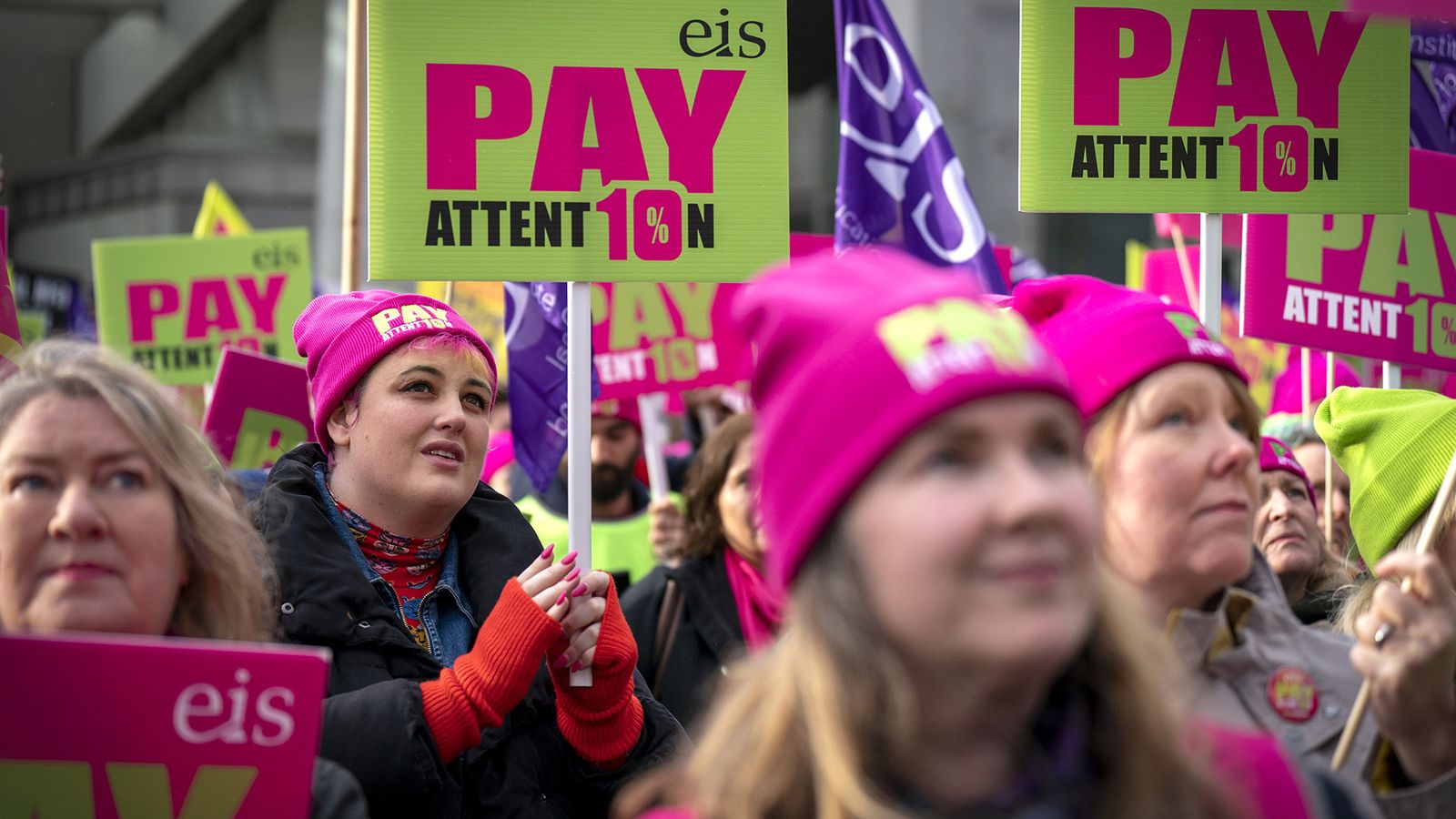 The strikes will see strike action on “sixteen consecutive days in January and February”, with teachers in “two local authorities on strike on each of those sixteen days,” Education Institute of Scotland (EIS) general secretary Andrea Bradley said.

The promotion starts on 16 January and must last until 6 February.

Scottish teachers are calling for a 10% pay rise – which Scottish authorities say they cannot afford – and better working conditions.

Thousands of teachers walked out yesterday the first national strike by teachers in four decadesleading to the closure of every state school on the Scottish mainland.

Announcing the latest action, Mrs Bradley said: “We have been forced to escalate this action because of the lack of will to negotiate properly and pay teachers properly by a government that says it wants to be judged on its educational record.

“The verdict of Scotland’s teachers on the issue of pay is clear in the first program of national strike action we have taken part in four decades.

“It is now up to the Scottish Government and Cosla to resolve this dispute and prevent further strike action by returning to the negotiating table with a significantly improved pay offer for all of Scotland’s teachers.”

Yesterday, Scottish Education Minister Shirley-Anne Somerville called on the unions to return to the negotiating table.

“I appreciate the strength of feeling that it is within the unions that they want to see a 10% increase, but I would point out that since 2018 the Scottish Government has delivered – including this year’s proposal – a cumulative increase of 21 .8% in teacher salaries,” she said on Bauer Radio.

Several industries are planning strikes across the UK this year, from transport to the NHS and training for delivery drivers.