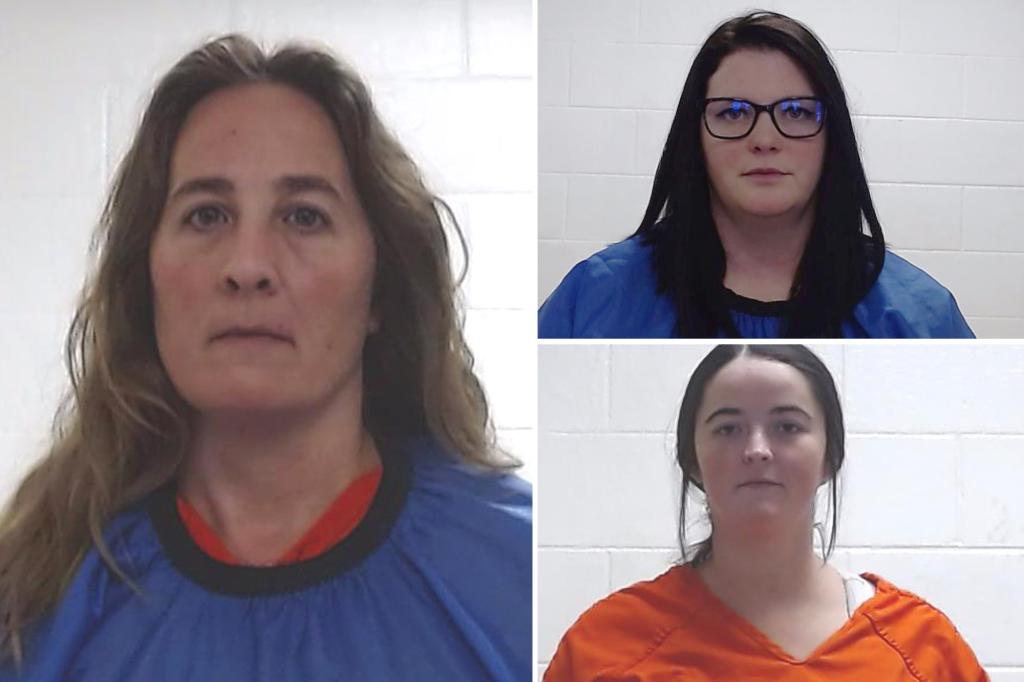 A Texas teacher and two school aides have been arrested after they allegedly locked a five-year-old boy with special needs inside for so long that he started eating his own feces.

Melody LaPointe, 47, and teaching assistants Tarah Tinney, 33, and Augusta Costlow, 27, were charged earlier this week with abandoning or endangering a child over the shocking April 2021 incident.

They are accused of placing the boy in an isolation room at a Liberty Independent School District facility, ABC 13 reported.

While confined to the room, the little boy fell and injured himself – but staff allegedly did nothing to help him.

He was locked up until he started eating his own feces and drinking his urine.

In the wake of the arrests, the school district said it notified law enforcement and child protective services immediately after being informed of the incident.

“We removed the educators who continued to work for us from the classroom and conducted a comprehensive investigation,” the statement read.

“Based on our investigation, we reported the educators to the State Board for Educator Certification and shared our findings with law enforcement officials.

“After the conclusion of the investigation back in 2021, none of the individuals continued our employment from that point forward. Liberty ISD continues to work with the Liberty County District Attorney’s office for the benefit of our children.”

All three women were booked into the Liberty County Jail and their bond is set at $60,000 each.