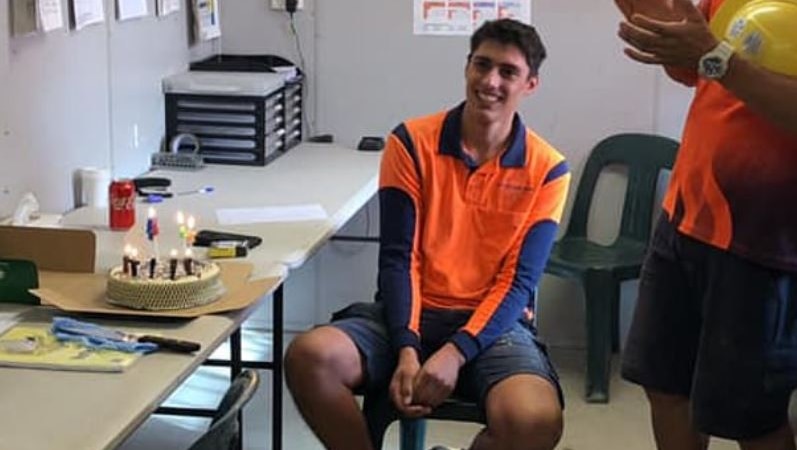 A scaffolding company has been fined $2 million for a “catastrophic” collapse on a Sydney construction site that killed a young apprentice.

Christopher Cassaniti was working on a construction site in Macquarie Park in April 2019 when overloaded perimeter facade scaffolding gave way.

The 18-year-old was directly below when it collapsed and was trapped by rubble and debris for 20 minutes before he died.

Synergy Scaffolding Services pleaded guilty to one offense under the Working Environment Act.

NSW District Court Judge Andrew Scotting found today that workers were put at “significant risk” and the collapse was the consequence of a “culmination of events” including the unauthorized removal of building connections.

“This case should serve as a telling reminder that unsafe actions on a construction site can and do lead to catastrophic consequences,” he said.

“Workers considering such unsafe actions should pause to consider what they might say to the people whose lives have been torn apart by the possible consequences of their actions.”

He fined the company $2 million after a 10 percent reduction for the guilty plea.

The maximum penalty for the offense is $3 million.

The court heard the scaffolding was found to have a load of almost 18 tonnes, exceeding its maximum capacity.

Judge Scotting found the company knew there had been a history of unauthorized removal of building tape and alteration of scaffolding.

He said it was also constructed without vertical bracing, contrary to his own design and the Australian standard.

Between early March 2019 and the day of the collapse, the company also knew the scaffolding was “grossly overloaded”, the judge said.

Video of the scene shortly after the collapse showed a worker shouting at police to “f*** something”.

Cassaniti’s family previously described him as a gentle, kind, hard-working young man who was adored by all who met him.

He said the teenager, who had celebrated his 18th birthday just days before his death, was eager and keen to learn and a young man any employer would be proud to have.

The judge also noted that Mr Wehbe remained affected by the “horror of that moment”.

Synergy Scaffolding Services, which was engaged to design, construct and maintain the scaffolding by general contractor GN Residential Construction, was fined $900,000 in 2020.

At the time, Judge Scotting said steps to eliminate or minimize that risk – which had been identified in the agreement with Synergy in its safety filing – were “simple and inexpensive”.