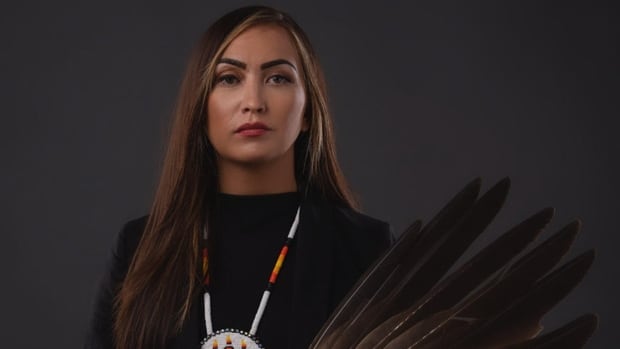 Aly Bear, deputy chief of the Federation of Sovereign Indian Nations (FSIN), says she acted prematurely when she signed a public statement of support for Mary Ellen Turpel-Lafond following the publication of a CBC story that questioned Turpel- Lafond’s claim to natives. provenance.

On 12 Oct. a CBC investigation presented evidence that Turpel-Lafond’s decades-long claim to be a Treaty Indian of Cree descent was in doubt.

FSIN’s statement said it “supports our First Nations governments and their inherent right to determine their membership and citizenship according to their customs, practices and traditions. I stand with the Muskeg Lake Cree Nation and its member, Mary Ellen Turpel-Lafond.”

It was signed by Deputy Chief Aly Bear.

Bjørn now says she regrets it.

“Since then, new information has come to my attention and I wish to retract my earlier statement,” she wrote Thursday. “I apologize for this statement.”

While Bear won’t say what new information made her change her mind, she says she no longer believes Turpel-Lafond is Indigenous.

“It has been determined that Mary Ellen Turpel-Lafond’s ancestry has no connection to native roots,” she wrote. “I do not support false claims of Indigenous identity by non-Indigenous peoples.”

Bear, a member of the Whitecap Dakota First Nation in Saskatchewan, pointed out that while she has changed her mind about Turpel-Lafond, she still believes that “our nations have the sovereign right to determine their membership.”

Bear said the fact that Turpel-Lafond has had a successful career while falsely claiming Aboriginal ancestry is “extremely offensive.”

“These actions contribute to the barriers indigenous peoples face due to colonialism, intergenerational trauma and racism.”

Bear said she is committed to working with others to stamp out false claims of ancestry.

After the CBC’s original story was published, the most strongly worded defense of Turpel-Lafond came from the Union of British Columbia Indian Chiefs (UBCIC). In its statement, the organization defended her as “a fierce, ethical and trailblazing advocate for Indigenous peoples for decades, including representing UBCIC for more than five years and a long working relationship before that.”

This statement condemned the CBC’s story as “tabloid style”.

“Investigations into the ancestry of individuals, filled with personal photos and digs into private relationships, do not move justice, the implementation of rights and reconciliation forward,” the October 12 statement said.

Earlier this week, the CBC released the birth certificate of Turpel-Lafond’s father William Turpel, which says he was a natural-born child of British parents, not an adopted Cree boy of undetermined parentage, as Turpel-Lafond has claimed.

CBC called Phillip on his personal cell phone to discuss the email, but he hung up.

The CBC then sent him a copy of that email and asked if he would be willing to discuss it.