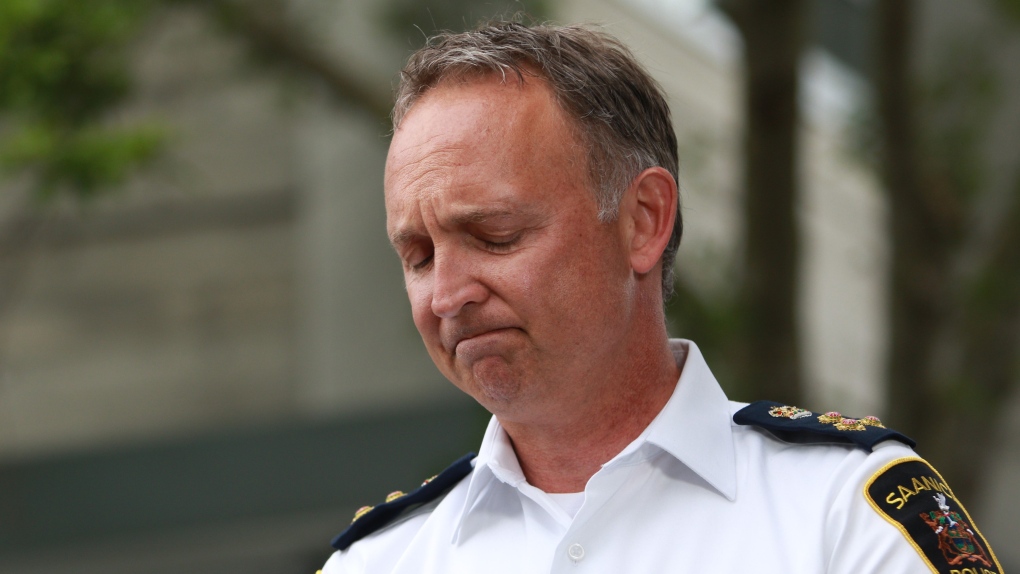 A police officer was released from a Victoria hospital on Friday, more than five weeks after he was seriously injured in a shootout with two gunmen at a bank in Saanich, B.C.

“Today is very special, heartwarming and inspiring as one of our injured officers returns home where he can continue to heal and build his strength while surrounded by his loving family,” Saanich Police Chief Dean Duthie said in a statement Friday afternoon.

The Saanich police officer was released from the Royal Jubilee Hospital shortly after 1 p.m

Six officers from the Saanich and Victoria police departments were injured during the shootout with a pair of gunmen at the Bank of Montreal branch on Shelboure Street.

All six officers are members of the Greater Victoria Emergency Response Team, which responded to the bank within minutes of initial reports of gunmen inside the building.

A Saanich officer remained in hospital Friday and is improving “day by day,” Duthie added.

The suspects, who were both killed in the shooting, were later identified as 22-year-old twin brothers Mathew and Isaac Auchterlonie of Duncan, BC

“This officer’s inner strength, determination and grit continue to inspire all employees at SPD and our community, along with our other injured officer, who remains in the hospital as he continues to make progressive improvements day by day,” Duthie said.

“We are so very grateful for the extraordinary care, compassion and professionalism of the medical staff, nurses, doctors and surgeons at RJH who have aided and abetted the recovery of our officer to this day,” the police chief added.