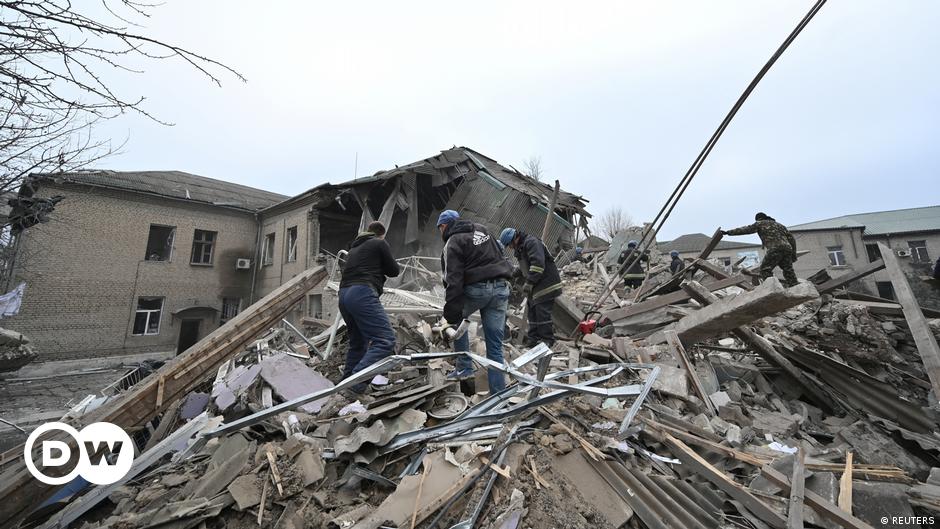 Lührmann visited the country on Wednesday as part of a delegation of seven senior European ministers.

“It is shocking to see for yourself what is happening here in Kiev,” Lührmann told DW’s Nick Connolly in the Ukrainian capital.

“Our Ukrainian hosts took us to see one of the bomb sites. Three innocent people lost their lives and it’s all due to Russian state terrorism. It’s deeply worrying what’s happening here, just a few hours’ journey away from Germany’s borders.”

Lührmann is one of three deputies under Foreign Minister Annalena Baerbock.

Her comments come on the same day that EU lawmakers voted to label Russia a “state sponsor” of terrorism.

The designation is largely a symbolic act, as the EU does not have a specific legal framework to support it.

In recent weeks, Russia has increased its attacks on civilian infrastructure across Ukraine. This has left millions without heating and caused widespread power outages as winter is approaching.

The state electricity company Ukrenergo called the damage to its facilities “colossal”, while President Volodymyr Zelenskyy accused Russia to use the cold as “a weapon of mass destruction”.

How does Europe help Ukraine?

In response to this looming crisis, Ukraine’s European allies have pledged aid to Kiev.

“It is clear that Putin wants Ukraine to sink into cold and darkness this winter,” Lührmann said.

“Ukrainians are facing all this with great bravery, and we are here to help them meet these challenges – not only with words of encouragement, but also with action.”

In Kiev, she announced an additional €55 million ($57.3 million) in aid to Ukraine, including generators set to arrive in the country in the coming days.

“Ukraine has our full solidarity,” Lührmann added. “I think that it is not only Ukraine that will benefit from membership of the EU – the EU will be a better place with Ukraine as a member.”