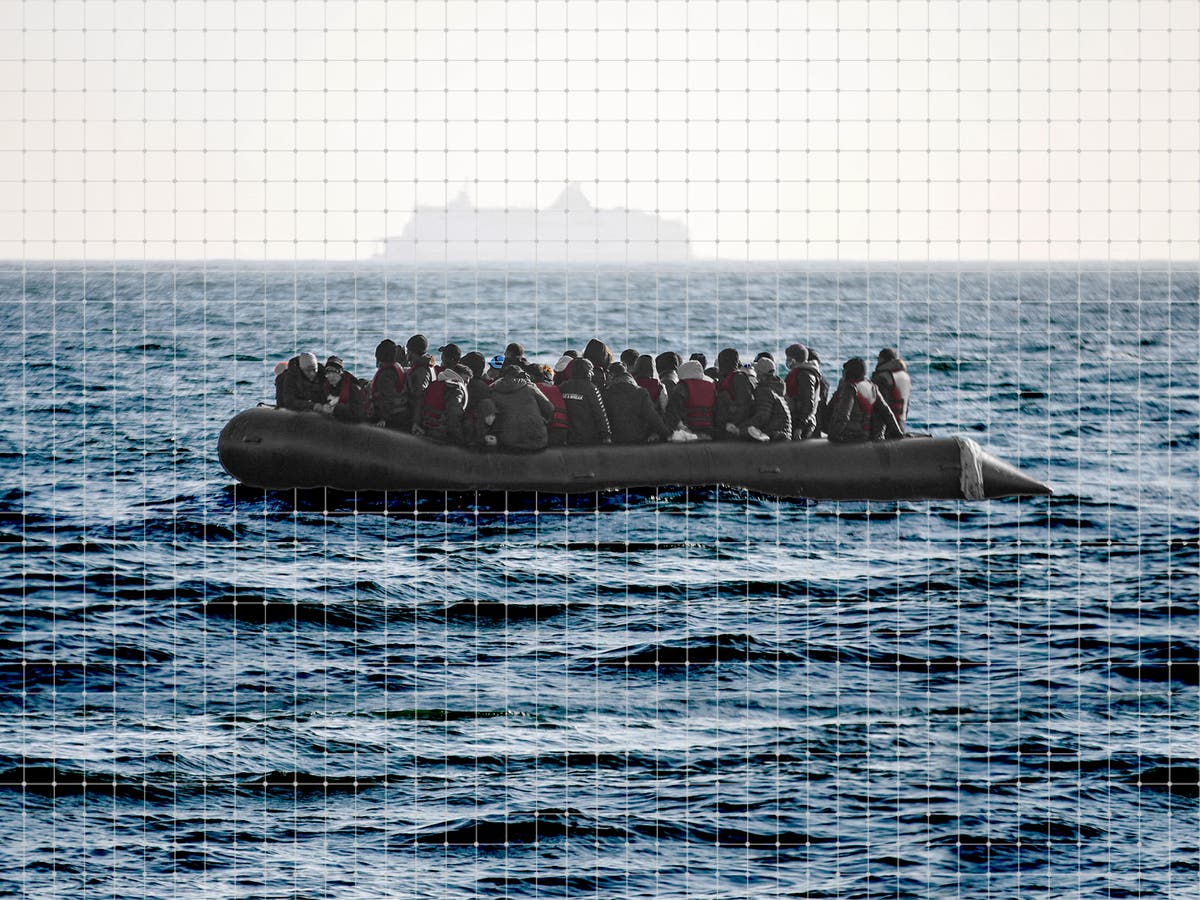 ONEn overloaded team in the UK coast guard working up to 20 hours a day error during the search and save response to the mass drowning tragedy in the Channel a year ago, a source said The independent.

At least 27 people lost their lives as of November 24, 2021, and five bodies are still missing.

It took the British and French coastguards 12 hours to respond after the first mayday call, with authorities arguing over who was responsible. By the time rescue vessels and aircraft arrived at the scene, all but two of the passengers had drowned and died of exposure.

Speaking for the first time about the conditions leading up to the events a year ago, a HM Coastguard source said staff were working particularly long shifts, often without breaks, and were stretched.

“No one comes to work with the intention of letting people die, but in extremely challenging circumstances, mistakes are made,” the source said.

“Yes, 27 people died, but more than 27,000 people have made it. I would take a 0.1 per cent success rate for survival. We will never be able to save everyone – no emergency service in the world can say that.

“We had sometimes worked 20-hour days – really long periods without breaks. Everyone was tired and frustrated. You can see that people were fragile and grabbed each other.

“You have to make quick decisions and yes, of course mistakes are made when you’re working under that pressure.”

The revelations came as charity campaigners warned about it only a matter of time before there were similar deaths in the Channel unless the government has created safe routes.

Call records released to lawyers by French authorities as part of the ongoing investigation showed that the first distress call to the French coast guard was logged shortly before 10 p.m. 02.15. The boat overturned around 03:15.

Shortly after, at 3:30 a.m., a passenger reported that some of the group were in the water. The French authorities replied: “Yes, but you are in English waters, Sir.”

The occupants made more than 20 emergency calls between 3.40 and 7.30 at sunrise. At about 2:00 p.m., emergency services arrived on the scene and all but two of the group had drowned or died of exposure.

During the night, the British coastguard, which is responsible for logging distress calls and coordinating search and rescue missions in the Channel, continued to deny that the dinghy was in British waters and repeatedly asked passengers to call the French coastguard. The records from France indicate that the boat entered British waters at 02:30.

The night of November 24, 2021, The independent understands that 10 members of the Coast Guard were in the control room in Dover handling calls.

At around 02:45 an email exchange between the French and British authorities showed that the British coastguard apparently tried to call one of the passengers but received a French dial tone. They should have concluded that the boat was not their responsibility because it was probably still in French waters.

Steven Martin of Channel Rescue, a charity that monitors maritime activities, followed the incident as it unfolded and received screenshots from people on board the sinking dinghy, with many sharing their live location on WhatsApp to show they were in British waters.

Martin is now involved in the ongoing maritime accident investigation and has provided lawyers with extensive evidence to show that the French and British coastguards were aware of the mayday calls, but there was a 12-hour time lag between the first distress call and a rescue vessel arriving at the place.

“It was incredibly disturbing to see what was going on and to see no one reacting,” he said. “We said ‘What the hell is going on here? How have we been told there are people in the water but no operation has been launched?’

“The [the French and British coastguards] shouldn’t have argued about who responds when there are clearly people drowning. It still infuriates me – a year on –.”

“There will undoubtedly be another mass casualty incident in the Channel,” Martin added. “Tragedies like this are a ‘when’ not an ‘if’ question. Incidents will continue to happen unless this government acts to create safe passages. We need wholesale change in how this is handled.”

Search and rescue expert Matthew Schanck said capacity and inappropriate vessels are the main issues that need to be addressed for the UK Coastguard to work more effectively.

“We need more search and rescue vessels in the Channel. It is not reasonable for the Coastguard to rely on volunteer, Border Force vessels and chartered wind turbine vessels that are not built or equipped for this purpose. The Government needs to start investing in resources – land-based resources such as call handlers, helicopters and more appropriate in-water search and rescue boats.”

He added: “We can’t just bury our heads in the sand and hope it gets better.”

A year later, the Coast Guard said it is awaiting the outcome of the ongoing maritime accident investigation. Until then, no further investigations will take place.

“We don’t play roulette with people’s lives,” the Coast Guard source said. “Every time an emergency call comes in, we act based on the information we have. Most of the time we receive a call that lasts 20 seconds and we have to base our actions on those parameters. Sometimes there can be 40 people on a boat and we will receive 30 999 calls from one boat. That’s a lot of information to cross-reference and check.

“We always ask ourselves ‘Did we act on the information we had at the time?’ We have to adapt and adjust and change our tactics constantly. Is it perfect? ​​No. But listening to the calls that come in day in, day out – believe me, it takes its toll on you. We’re on the front lines of this crisis, and we’re making it work, out of goodwill more than anything else.”

Martin said the blame lies with the government, which has not done enough to address the systemic problems of dealing with increasing numbers of small boat arrivals.

“The Channel is more militarized now than it was this time last year. Now there are warships patrolling the Channel that don’t act as search and rescue vessels – they can’t pick people up if they’re in the water.

“And the Navy is there, but they never wanted to be involved – they had concerns because the mission had no clear goals, objectives or end date, so they didn’t know what they were doing. It’s convenient for the government – ​​they can say, that they’ve brought in the fleet, so they’re acting, but they’re not really doing anything. There’s still a long way to go to address the underlying issues.”

A spokesman for the Maritime and Coastguard Agency said: “Our thoughts are with the families of all those who lost their lives in the tragic incident last November.

“HM Coastguard’s fundamental role is to save lives at sea by responding to any person in distress.

“As is standard practice in such circumstances, the Marine Accident Investigation Branch is conducting a safety investigation focusing on the emergency response to the incident, with which HM Coastguard and the Home Office are co-operating fully. It would be inappropriate to comment further while the investigation is ongoing.”

A Home Office spokesman added: “We cannot have a repeat of this devastating event and that is why we are working with our international partners to disrupt the people who smuggle gangs behind these dangerous crossings which put lives on game with every trip they arrange.

“Border Force officers and contractors work side by side with the Coastguard and RNLI and we are proud of the work they do to save lives at sea every day.”