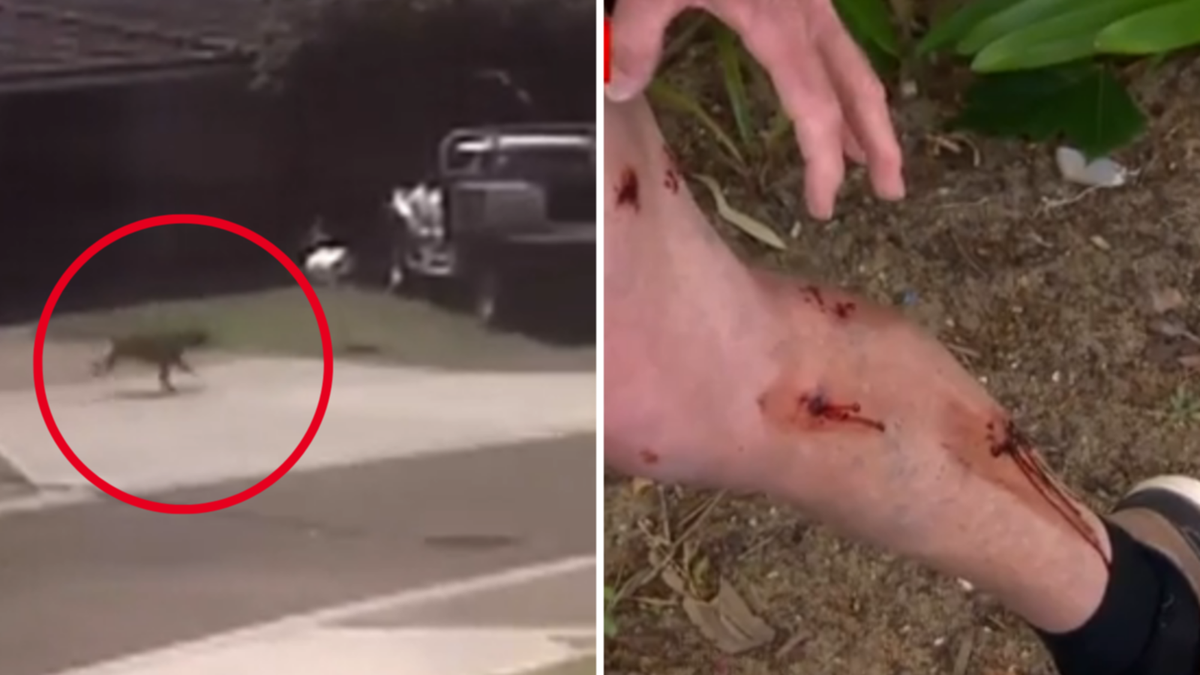 Four people were left bloodied and bitten when they were attacked by two vicious dogs – which they had fought off with Windex and a fence post – on Wednesday morning.

Two of the victims required surgery for injuries sustained in the attack and remain in hospital.

WATCH THE VIDEO ABOVE: The horrifying moment two dogs went on a wild ride and injured four people.

CCTV footage shows the dogs charging at residents as they stood outside their properties in Quinns Rocks, in the north Perth, around 10:30 a.m.

“I was in a state of panic, I feared for my life,” Phillip Smith, who suffered several bloody wounds to his lower leg, told 7NEWS.

The two animals chased the three men and one woman back to their home.

Smith and his neighbor Ian Stewart were attacked by the animals not once, but twice.

“They just attacked him full on,” Smith said of his neighbor.

“We yelled at the dogs and we looked for something to grab to hit the dogs with, but there was nothing there.”

Video shows a trail of blood left by one of the victims as they ran into their house for protection.

Fellow neighbor Rennie Pace tried to stop the attack by spraying the dogs in the eyes with Windex and using a fence post to chase them away.

Smith told 7NEWS he believes the dogs “would have gotten me” if it wasn’t for the Windex.

Stewart and another neighbor had to undergo surgery at the Joondalup Health Campus. Both remained in the hospital Wednesday night.

Council rangers eventually caught both dogs and are now trying to locate any owners.

It has not yet been decided whether the dogs will be euthanized.

“I don’t like to see any dogs put down, except for that pit bull that just went wild on me,” Smith said.

The City of Wanneroo is currently holding the dogs in a municipal facility while it investigates the incident.