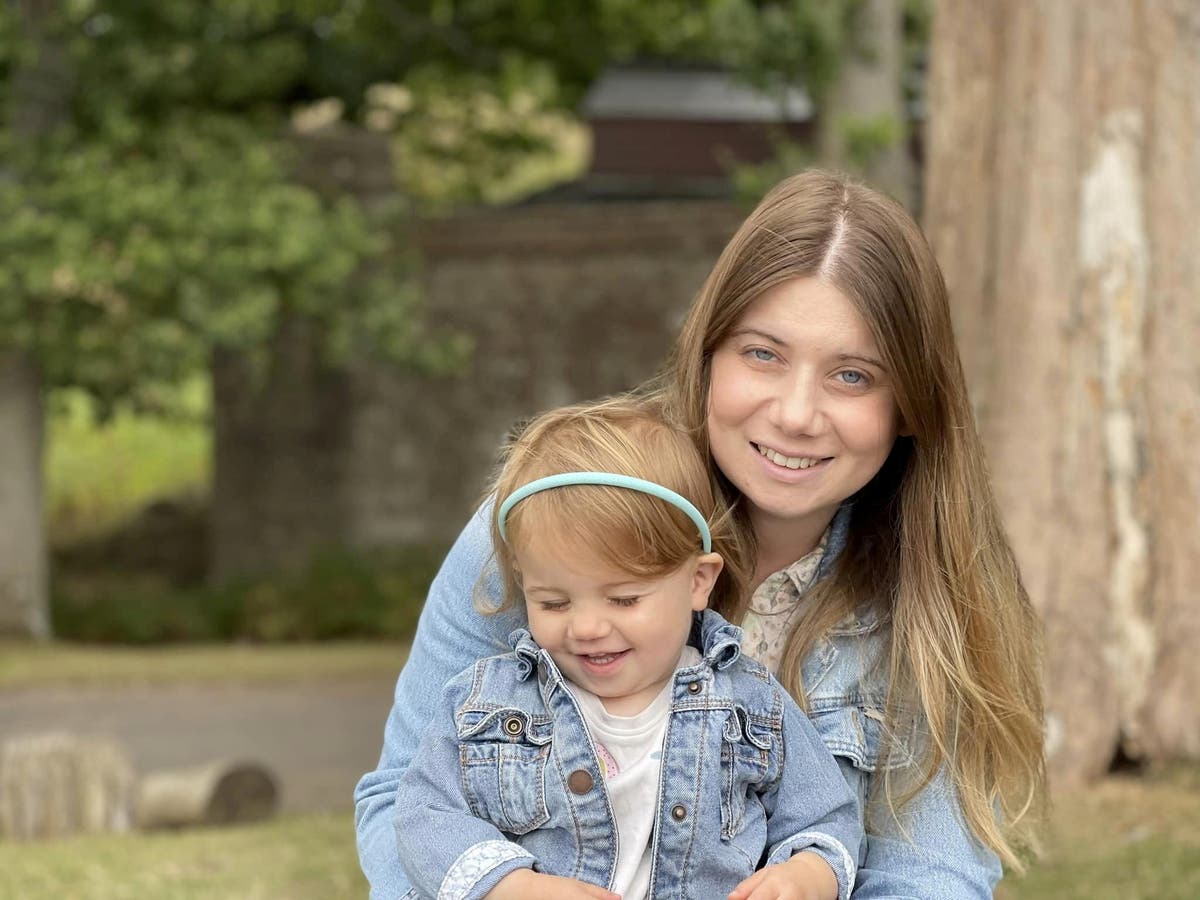 A heroic mother was killed saving her young daughter’s life when she pushed the youngster’s pram out of the way of a lorry.

NHS healthcare assistant Rebecca Ableman, 30, was walking to a local shop with her two-year-old daughter Autumn when she was tragically hit by a lorry with a crane.

Her partner and Autumn’s father, Chris Tuczemskyi, said an eyewitness saw Rebecca push the pram away from her before she was hit.

Sir. Tuczemskyi, 34, said: “We planned to get married but life got in the way. It’s hard, especially with the fall. They were so close.

“Because she is only two, she has a hard time understanding what has happened. She still cries for her mother, especially at night.

“Having to handle everything, grieving and looking after her at the same time and making sure she has everything she needs is extremely difficult.

“I know a lot of people would be angry [with the driver] but I have my daughter to focus on.”

A 67-year-old man has been arrested and released on bail for causing serious injury by dangerous driving and failing to stop at the scene of an accident on 22 September.

Becky was pushing her daughter in a pram on her way to a local farm shop when the lorry hit her on Station Road in their village of Willingham, Cambridgeshire11.20 a.m.

“An eyewitness saw that just as the truck hit Becky, she pushed Autumn out of the way in the pram,” Mr Tuczemskyi said.

“Otherwise the pram would have been swept up by the truck.

“They then looked after Becky and made sure Autumn couldn’t see what was happening.

“The eyewitness’s partner then came out and took Autumn to the other side of the road and made sure she was happy and playing.”

The first Mr Tuczemskyi heard about the incident was when he got a notification from his digital doorbell showing the police on his doorstep.

Sir. Tuczemskyi, who works in marketing, was out of the country for a conference when the incident happened.

Unable to contact Rebecca, he asked her father to go check on her.

The police finally got hold of her father and redirected him to the hospital where she had been taken by air ambulance.

Thanks to Rebecca, their only daughter Autumn came away from the incident unscathed.

The last exchange Mr Tuczemskyi and Rebecca had together were texts about whether they should have fish and chips for dinner.

He is now raising money to donate to the East Anglian Air Ambulance and Neuro ICU, whose staff had become “like family” in the three weeks the family spent there.

Mr. Tuczemskyi has already reached almost £4,000 over his £10,000 target on the GoFundMe page for his wife.

He said: “What happened shows how cruel and horrifying life can be.

“When you get strangers, friends and colleagues to donate, especially at a time when everyone is trying to save, it means a lot.

“The Neuro ICU staff were like family, some came to the funeral.

“When we cried, they cried. They did everything to bring Becky back to us.”

He now intends to keep raising as much money as possible and will also create a memorial bench in memory of Becky at the Willingham Community Orchard.

He said they have never been a family to ask for money, but aim to raise more for a trust fund this fall.

Of the fundraiser, Mr Tuczemskyi wrote: “This will be in the autumn when she is 18.

“She will be encouraged to use it to follow in her mother’s footsteps as she travels the world, among other great things.

“No amount of money could replace the hole that Becky’s passing will leave in our beautiful daughter’s life, but I hope that in some way it can help her feel closer to her mother.”