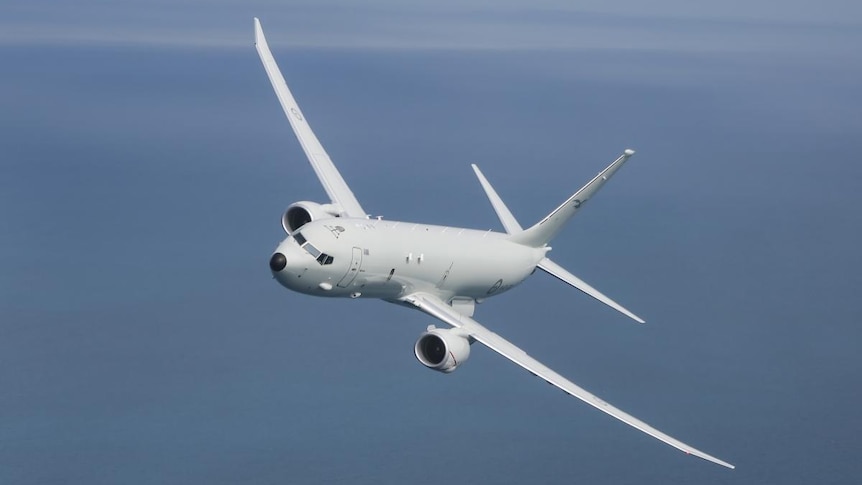 Another Australian military plane was sent over disputed waters in the South China Sea last month, just hours after the Chinese Air Force carried out a “dangerous interception” of another RAAF plane.

The defense refuses to discuss the incident on May 26 further, but flight data obtained by ABC reveals new details about the dramatic flight as well as other recent maritime surveillance missions from the Defense Force being flown out of Clark Air Base in the Philippines.

Earlier this month, the Department of Defense unveiled a RAAF P-8 Poseidon “intercepted by a Chinese J-16 fighter jet” during what it described as “routine maritime surveillance activity” in international airspace in the South China Sea.

Secretary of Defense Richard Marles later described how the J-16 flew close to the side of the P-8 Poseidon while triggering flames, then “accelerated and cut across” the front of the RAAF surveillance aircraft.

“At that moment, it released a bundle of chaff, which contained small pieces of aluminum, some of which were ingested in the engine of the P-8 aircraft,” Marle’s reporters told earlier this month.

Automatic Dependent Surveillance-Broadcast (ADS-B) data records that the RAAF aircraft involved was P-8 Poseidon A47-008, which departed from Clark Air Base around 1 p.m. 11:23 Canberra time on May 26th.

P-8 Poseidon, which operates under the ASY189 call sign, was originally tracked heading southwest from the Philippines toward the South China Sea before eventually flying out of range.

Just over three hours later, P-8 Poseidon returned within range when it returned to the Philippines after its “dangerous” encounter with the People’s Liberation Army (PLA) fighter jets.

ADS-B data collected by Canadian researcher Steffan Watkins reveals that the total length of the interrupted surveillance flight was about five hours, of which three hours were spent “out of range” in the South China Sea.

“They did not scream 7700 [the emergency code] on their return, no emergency was declared, “Mr Watkins noted in his analysis of RAAF’s recent movements from Clark Air Base.

The ADS-B data does not track exactly where the P-8 flew in the South China Sea, but Beijing claims it “threatened” China’s national security and sovereignty as it “stepped up close-up reconnaissance in the airspace in the Paracel Islands”. a controversial archipelago.

P-8 Poseidon A47-008 did not conduct another surveillance mission until June 2, one week after its confrontation with the PLA jet, but another P-8 Poseidon, A47-007, flew out the following day toward the South China Sea.

After resuming surveillance missions on June 2, Poseidon A47-008 completed another flight from Clark Air Base on June 3, before being sent to India on June 8 for “joint maritime surveillance activities” with the country’s navy.

The RAAF has deployed two P-8A Poseidons to Clark Air Base to carry out intelligence gathering activities across the South China Sea and to assist the Philippine government in the fight against Islamic State.

The Department of Defense has not responded to more specific questions from ABC about the deployment to the Philippines.