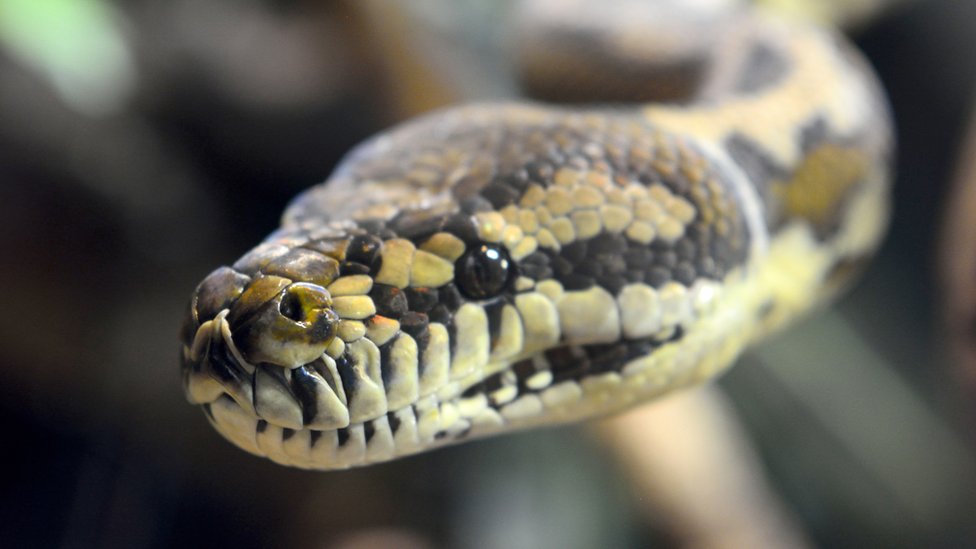 A five-year-old Australian boy has survived being bitten, pulled together and dragged into a swimming pool by a python about three times his size.

Beau Blake was enjoying a swim at home when the 3m (10ft) reptile struck, his father told a local radio station.

The pair – still entangled – were pulled out of the pool by Beau’s grandfather and the boy was freed from the animal by his father Ben.

But Beau is in good spirits and escaped with only minor injuries.

“Once we cleaned the blood and told him he wasn’t going to die because it wasn’t a poisonous snake… he was actually quite good,” his father Ben told Melbourne radio station 3AW on Friday about the incident that happened a day earlier.

“He’s an absolute trooper,” Ben added, saying the family – who are based in the New South Wales seaside town of Byron Bay – would monitor the bite wounds for signs of infection.

Despite the lucky escape, the dramatic saga was still quite “an ordeal”, he said.

“[Beau] just walked around the edge [of the pool]… and I think the python was sitting there waiting for a victim to come along … and Beau was it.”

“I saw a big black shadow come out of the bush and before they hit the bottom it was completely wrapped around his leg.”

With “no self-preservation at all”, Beau’s 76-year-old grandfather Allan jumped into the pool and passed the boy and the snake to Ben.

Ben then held onto the python for approximately 10 minutes while desperately trying to calm his children and his father before releasing the snake back into the vegetation.

“He went back to the scene, the cheeky thing.”

Ben told the radio station pythons were a fact of life in the area, about 8 hours north of Sydney, saying “look…this is Australia”.