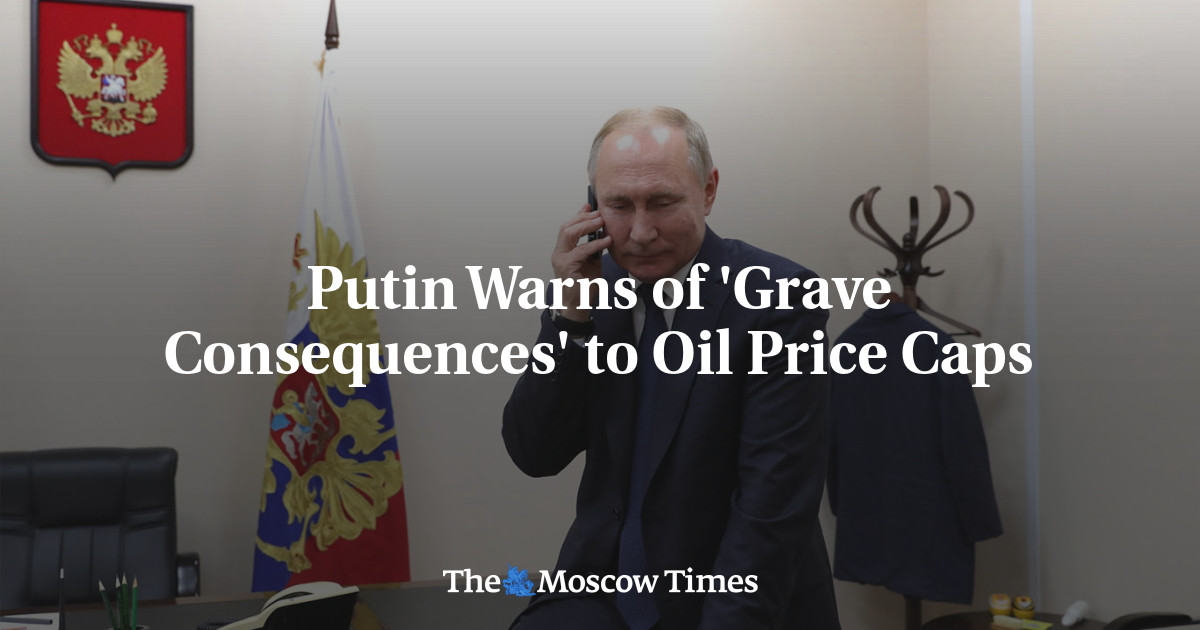 Russian President Vladimir Putin warned that Western plans to impose oil price caps could have “serious consequences” for energy markets during a phone call with Iraq’s prime minister on Thursday.

“Vladimir Putin emphasized that such actions are contrary to the principles of market relations and will most likely lead to serious consequences for global energy markets,” the Kremlin said in a reading of the Russian leader’s call to Iraqi Prime Minister Mohammed Shia al-Sudani. .

The Kremlin said both sides had also spoken positively about the two countries’ work within the framework of OPEC+, which it said was helping to “stabilize the world oil market.”

Western countries have imposed unprecedented sanctions on Russia since Putin sent troops to Ukraine on February 24.

On Tuesday, the US Treasury Department said Washington and its allies now plan to end a price cap on Russian oil in “the next few days” as they try to cut off a critical source of funding for Moscow.

The price cap would be the basis for a ban, which takes effect on December 5, that would prohibit firms from transporting or providing insurance for Russian oil shipments sold above a fixed price.