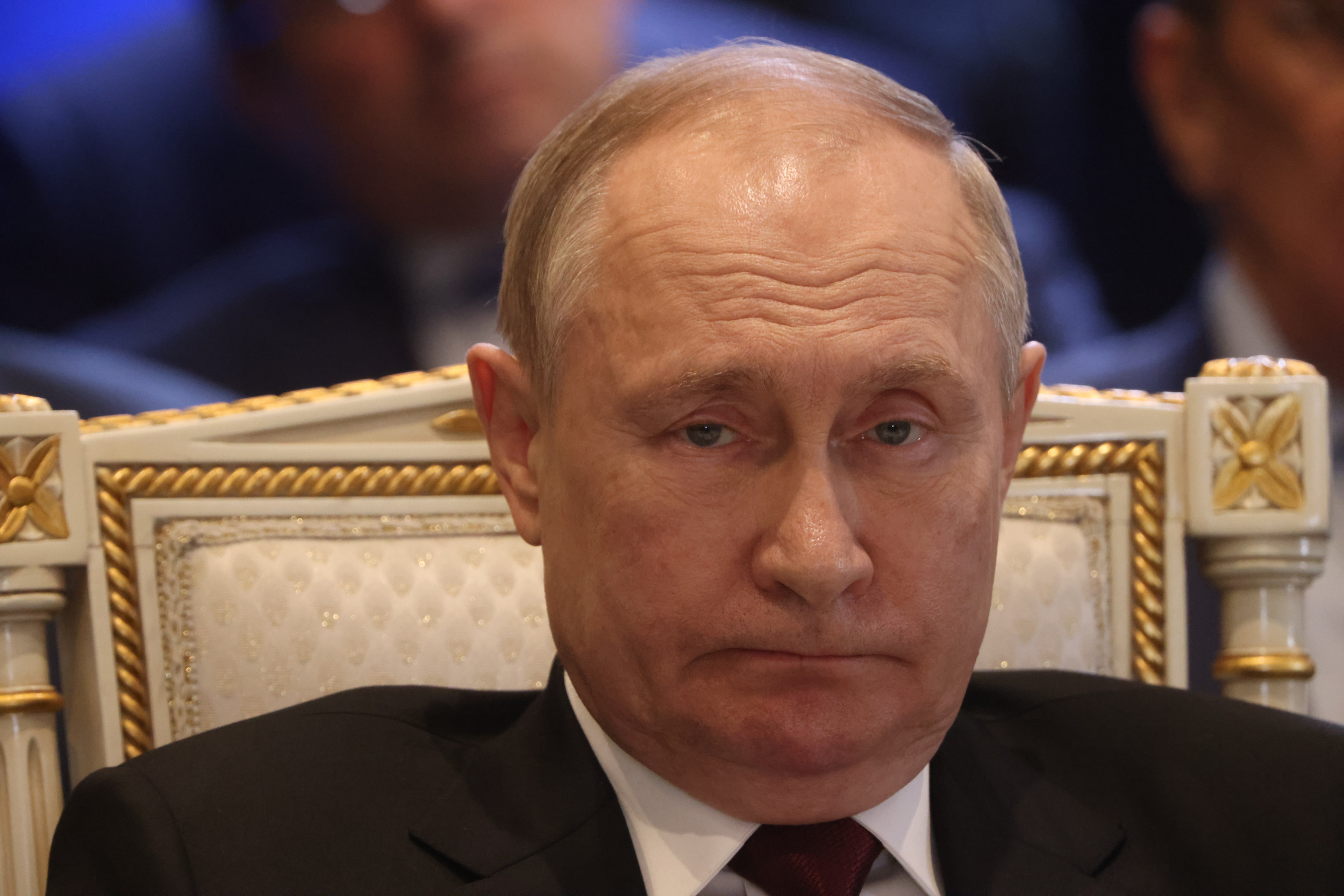 Russian President Vladimir Putin is too “scared” to use nuclear weapons in its war with Ukraine, an email containing a letter from a whistleblower at Russia’s Federal Security Service (FSB) reveals.

The email that has been shared with Newsweekis dated March 4. It is the first such shipment sent by the agent, called the wind of changeto Vladimir Osechkin, a Russian human rights activist who runs the anti-corruption website Gulagu.net and is now in exile in France.

The FSB agent writes regular dispatches to Osechkin and reveals anger and dissatisfaction inside the service over the war that began when Putin invaded neighboring Ukraine on February 24.

Igor Sushko, the executive director of the Wind of Change Research Group, a Washington-based non-profit organization, has been translating the correspondence from Russian into English since it began. He has pharet all e-mails fully included Newsweek.

That letter was analyzed by Christo Grozev, an expert of the FSB, on March 6. He said he had shown it “to two actual (current or former) FSB contacts” who “had no doubt that it was written by a colleague.”

Will Putin push the red button?

The March 4 email delves into whether the whistleblower believes, based on FSB insights, that Putin would be prepared to order a nuclear strike in his war with Ukraine that would “destroy the entire world.”

It was published just days after the start of the war and months before Putin threatened that Russia was prepared to use nuclear weapons to defend its “territorial integrity”. President of the United States Joe Biden said on October 6 that the risk of a nuclear “Armageddon“is at its highest level since the Cuban Missile Crisis in 1962, when many feared that a nuclear war could be imminent.

National Security Advisor in the White House Jake Sullivan said Washington and Moscow have been holding talks aimed at toning down rhetoric surrounding Russia’s potential use of nuclear weapons, and talk of nuclear strikes has been less noticeable in recent weeks.

The whistleblower suggested that “there is a possibility of a local nuclear strike” but not on any military targets.

“Such a weapon will not help breach the defense. But with a goal to intimidate everyone else (the West),” they wrote.

The March 4 letter also details three reasons why the FSB agent believes Putin will not use nuclear weapons.

The winds of change suggested that a chain of command in the Kremlin would block Putin if he ever tried to order a nuclear attack.

“I don’t believe that Putin will push the red button to destroy the whole world. First of all, it’s not one person who decides and someone will refuse. There are lots of people there and there is not a single ‘red’ button,” ” the whistleblower wrote.

The agent also said there are concerns within the FSB about the effectiveness of Russia’s nuclear weapons.

“Secondly, there is some doubt about it [Russia’s nuclear arsenal] actually work correctly,” they wrote. “Experience shows that the more transparent the control procedures are, the easier it is to identify problems.”

“And where it is murky about who controls what and how, but always reports full of bravado, is where there are always problems. I am not sure that the ‘red button’ system is working according to the declared data. Also, plutonium fuel must be changed every 10 years.”

According to the FSB agent, Putin’s fear of death will ultimately prevent him from pressing the “red button.”

“Third, and this is the most disgusting and sad thing, I personally do not believe in Putin’s willingness to sacrifice himself when he does not even allow his closest ministers and advisers to be in his presence,” they wrote.

“Whether it’s because of his fear of COVID or a possible assassination is irrelevant. If you’re afraid of the people you trust the most being around you, how could you possibly choose to destroy yourself and them , you are very dear.”

Newsweek has contacted the Russian Foreign Ministry for comment.

Got a tip for a world news story there Newsweek must be comprehensive? Do you have a question about the war between Russia and Ukraine? Tell us via worldnews@newsweek.com.