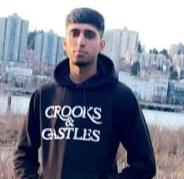 A teenager of Indian origin has died after being stabbed in a fight in the parking lot of a high school in Surrey, Canada, media reports say.

Mehakpreet Sethi, 18, died in hospital after being attacked outside Tamanawis Secondary School, located at 12600 66 Avenue in the Newton area, on Tuesday, the Vancouver Sun reported.

Police said it arrived within minutes of several calls received by its emergency center about the stabbing, and began immediate life-saving measures.

Sgt Timothy Pierotti of the Integrated Homicide Investigation Team (IHIT) told the Vancouver Sun that a fight broke out between Sethi and a 17-year-old boy that ended with the teenager being stabbed.

“At this time, it is believed that the suspect and victim were known to each other and that this was an isolated incident not believed to be connected to the gang conflict in the Lower Mainland,” the Vancouver Sun quoted Pierotti as saying.

The suspect was arrested after being identified by the witnesses.

Sethi was not a member of the school community, according to a statement released by the acting principal of Tamanawis Secondary School.

The school added that additional support will be provided to students who may have been affected by the incident or who may have witnessed it.

Police said the school was placed on hold and secure status — with everyone remaining inside the building and the exterior doors locked.

“We know there were many students in the area around the time this tragedy occurred,” Sgt Pierotti wrote in a statement, asking witnesses to come forward and share information.

The killing comes on the heels of a shooting outside Castlebrooke Secondary School in Brampton last week in which an 18-year-old student was shot.

The suspect, a 17-year-old student of Indian origin, remains at large.