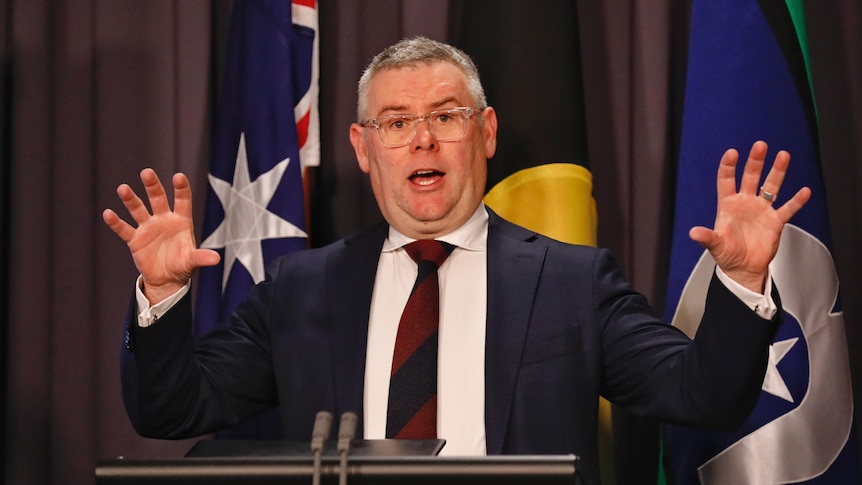 An Australian government agency where a male employee allegedly urinated on colleagues will have its culture examined by an independent review.

Agriculture Minister Murray Watt has ordered the independent review by the Australian Pesticides and Veterinary Medicines Authority (APVMA), an agency that has seen plenty of controversy since former minister Barnaby Joyce announced his move from Canberra to Armidale in 2016.

Questions about the APVMA’s workplace culture were raised before a Senate Estimates hearing at Parliament House earlier this month.

During the November 8 hearing, Greens Senator Peter Whish-Wilson asked APVMA chief executive Lisa Croft if she was aware of allegations of sexual harassment made by staff at the agency.

“I have been told of an incident that occurred at a staff Christmas party in 2021 where a male senior employee allegedly urinated on other employees. Was such an incident reported to you and if so was any action taken?” Senator Whish-Wilson asked.

Mrs Croft said an incident had been raised with her.

“I’m not aware of it in that context, not at a Christmas party… I’m aware of an incident that took place in a private capacity, not a work function,” Ms Croft told the hearing.

Ms Croft said there was no official complaint about the matter and the employee concerned had resigned.

‘Report will shed light on any lingering issues’

In a statement released on Friday, Senator Watt said he had ordered the review, to be undertaken by Canberra lawyer Mary Brennan, following a briefing he had received from Ms Croft and the APVMA board chair.

“The information that was released under Senate discretion was troubling to say the least and came as a complete surprise to me,” Senator Watt said.

“People have a right to feel safe and supported in the workplace. I have unapologetically high standards in that regard.

“Equally, Australians have a right to expect our public service, particularly our regulatory agencies, to be well managed and above reproach.

“This independent review will shed light on any lingering internal issues and restore public confidence in this small but important agency.”

A recent employee survey at the APVMA found that 11 percent of staff said they had witnessed or experienced harassment and 13 percent reported discrimination in the workplace.

The independent review must report to the minister by 31 March at the latest.