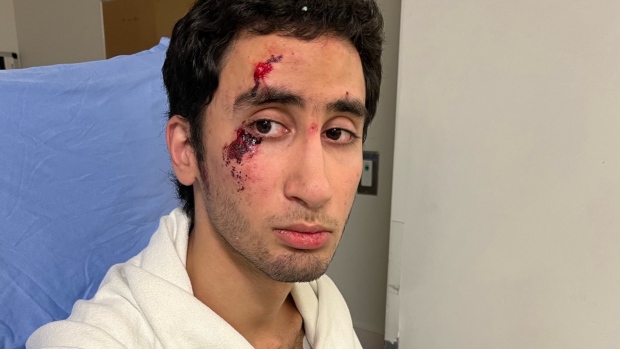 Peel Regional Police are reviewing how they respond to situations involving people with autism following an incident in Mississauga earlier this month in which 19-year-old Abdullah Darwich, who is autistic and non-verbal, was investigated by officers.

In their first public statement about the incident, Peel Police acknowledged the incident has had a “severe impact” on Darwich, his family and the community.

They added that the force’s senior management team met with the Darwich family last week to discuss the incident.

While the details of what was discussed were not released, police said that in light of the incident, they are “evaluating how we identify and constructively engage people with autism.”

“We are currently consulting subject matter experts to identify how we can better serve this community through increased collaboration and opportunities to enhance training,” they added.

According to police, on the evening of Nov. 4, officers responded to reports of someone “in a state of undress attempting to enter a vehicle and a house.”

When they arrived, officers, who police said did not know Darwich’s identity and condition at the time, attempted to communicate with him but were unsuccessful.

Police confirmed that Darwich was subsequently apprehended after officers deployed their conductive energy weapons (or Tasers).

He was taken to the hospital for treatment and was later released to his family.

Darwich’s father, Majd, criticized how police handled the situation that left his son hurt and traumatized.

Majd told CP24 that he felt like he was going to have a heart attack when he saw his son lying on the ground with a bloody face on Friday night.

Majd said what the police did was unacceptable. “They don’t know anything about autism,” he said in a Nov. 10 interview. “They just treat anyone in front of them as a criminal, which is very dangerous.”

The incident is now under review and “the full circumstances are being reviewed,” police said.

They have also advised Majd that he can lodge a complaint with the Office of the Independent Police Review Director.

In Wednesday’s statement, police also said they are investigating options for timely access Register of vulnerable persons and “innovative approaches to alerting officers to the specific need that an individual may have.”

Darwich is listed on the register, which “allows carers and/or parents of vulnerable people to submit vital information that will be used by emergency services during a crisis situation.” Among the information requested is a photo of the individual and “methods of access, if any.”

But police have previously said the register is “only effective” when they are alerted to someone’s presence on it, which “was not the case” in the November 4 incident.

“I thought when I came to Canada that the police would protect and help him if he ran away from my house,” Majd said. “I never imagined they would do what they did.”