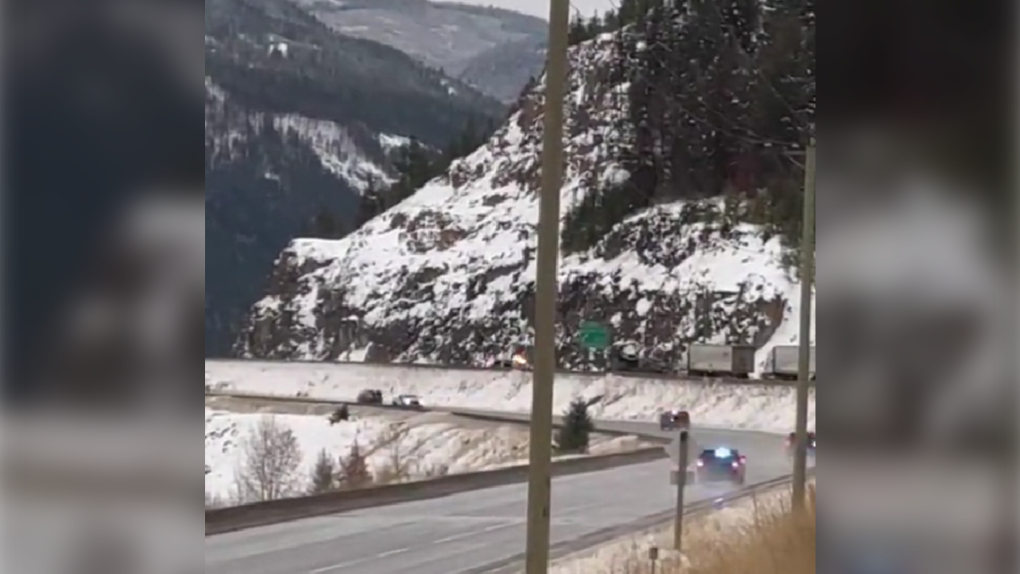 A major highway between the Lower Mainland and the Interior was closed Wednesday afternoon due to “an active and unfolding police incident.”

Merritt RCMP announced the closure in a press release, saying no public or commercial vehicles are allowed on the Coquihalla Highway between Hope and Merritt, BC

“The public should anticipate delays and plan alternate routes for the next few hours while this incident unfolds,” police said in their statement.

While the Mounties provided few details about the nature of the incident, they said “a large number of police resources from surrounding areas” were dispatched to the Juliet Bridge area, south of Merritt near the Coquihalla Summit.

“Any members of the public in the area are asked to avoid this area and refrain from publicizing police actions online,” RCMP said.

In response to a question about what happened on Twitter, DriveBC said police had closed Highway 5 “to conduct a search for armed suspects.”

The account run by the provincial Department of Transportation and Infrastructure advised motorists to take highways 3 and 5A as a detour between Hope and Merritt.

A short video shot by Kevin Cage and shared with CTV News Vancouver shows police cars driving south on the Coquihalla Highway with their lights on. Cage told CTV News that a procession of “10 SWAT trucks” passed by and that as of 4 p.m. he had been waiting more than two hours for access to the highway.

Later, an ambulance and an ambulance dispatcher arrived and began traveling in the same direction, Cage said.


NO INFORMATION ABOUT CONNECTIONS TO OTHER EVENTS

Highway 5 is the second major BC route to be shut down by police incidents in the last 24 hours.

On Tuesday, the westbound lanes of Highway 1 in Coquitlam were closed for hours as officers tried to apprehend suspects in an armed robbery at a Port Coquitlam car dealership.

Police said the suspects exchanged gunfire with officers as they fled.

Two of the four armed suspects were arrested, but two others remained at large as of Wednesday, according to the RCMP.

The Coquihalla closure will also follow a week of major police incidents in Merritt, including several reported shootings.

More than 100 shots were fired at several locations in the city and surrounding area on Tuesday 15 November. Shots were fired again Friday, in an incident that authorities suspect was connected to the earlier shootings.

Police later arrested three suspects in connection with a kidnapping that appeared to be related to Friday’s shooting.

CTV News asked RCMP spokesperson Sgt. Chris Manseau, whether the closure of the Coquihalla Highway on Wednesday was related to either the armed robbery in the Lower Mainland or the recent violence in Merritt.

Manseau said he had no information about possible connections to either incident.


This is a development story. Check back for updates