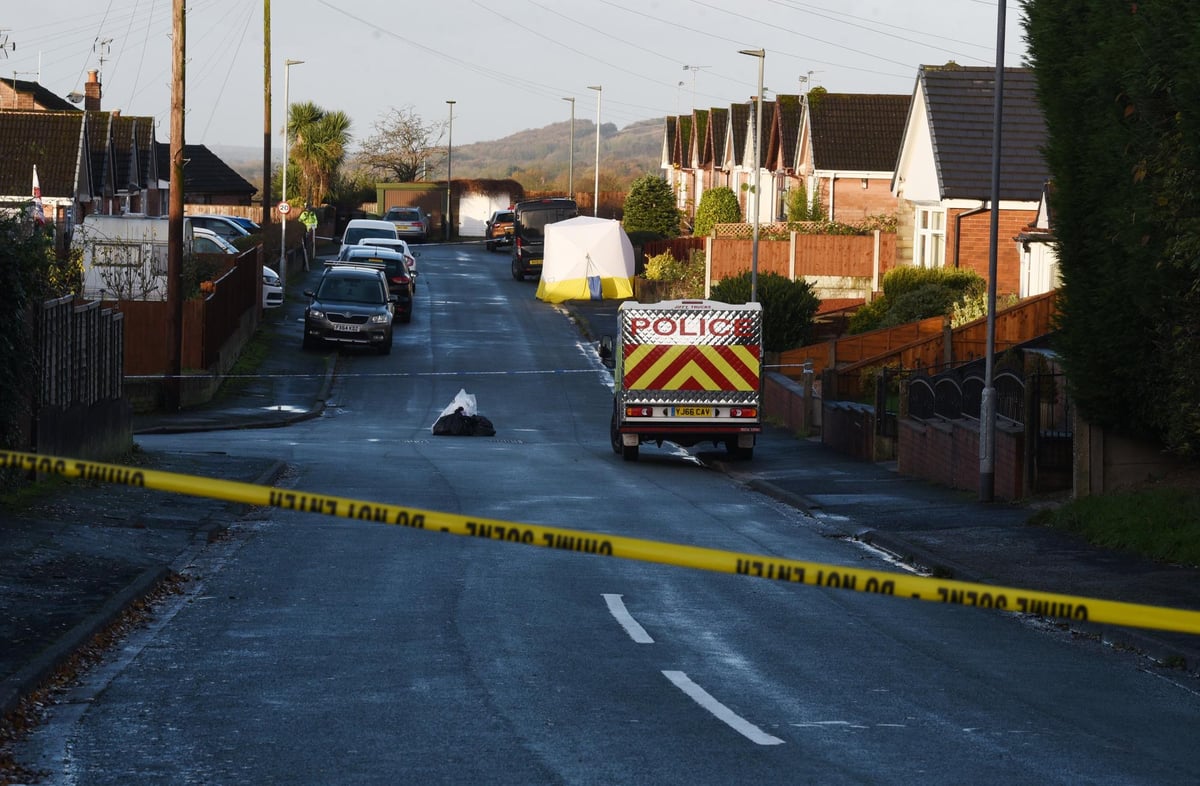 Emergency services down on Kilburn Drive, Shevington, on Thursday evening following reports of a serious incident.

A police cordon and forensics tent remained in place on Friday morning, with several bags seen on the road and residents reporting being unable to leave their homes.

Kilburn Drive, Shevington, was still cordoned off by police on Friday morning

After much speculation on social media, Greater Manchester Police has now confirmed that a body has been found.

A spokesman said: “Around 7pm yesterday officers were called to reports of a deceased body on Kilburn Drive, Shevington.

“A stage is currently in place on site and contained on Kilburn Drive with no disruption to the wider area.

A forensic tent has been set up on Kilburn Drive, Shevington

“Police are working to identify the body and inquiries are ongoing, we are keen to speak to anyone with information about this incident.”

The incident has come as a huge shock to people living nearby.

One resident said: “I didn’t hear anything, I fell asleep in front of the TV watching Coronation Street. I woke up to the police knocking on my door asking if I’d seen or heard anything. I told them I hadn’t , and they wouldn’t say what it was.

“I saw police vans and vehicles but I thought it was an accident because it’s a blind bend into the road and people are always flying up and down it.”

Kilburn Drive, Shevington, has been closed by police as they investigate a serious incident

Another said: “My husband had just come back from a jazz event in Manchester and told me there was a police cordon on Kilburn. I had no idea but I was just in Shevington this morning, there are all sorts of rumours.

“My daughter called this morning to say there’s a tent near where there’s a clearing between the houses and they think they’ve found a body.

“I heard sirens and saw blue lights last night but I just thought they were passing on the main road.”

Another resident said: “I noticed the police around 11pm and my daughter called to check on me and tell me to set my alarm.”

Items were placed in the road inside the police cordon on Kilburn Drive, Shevington

Anyone with information about what happened is asked to contact the police online or by calling 101 and quoting incident 000910 of November 25.