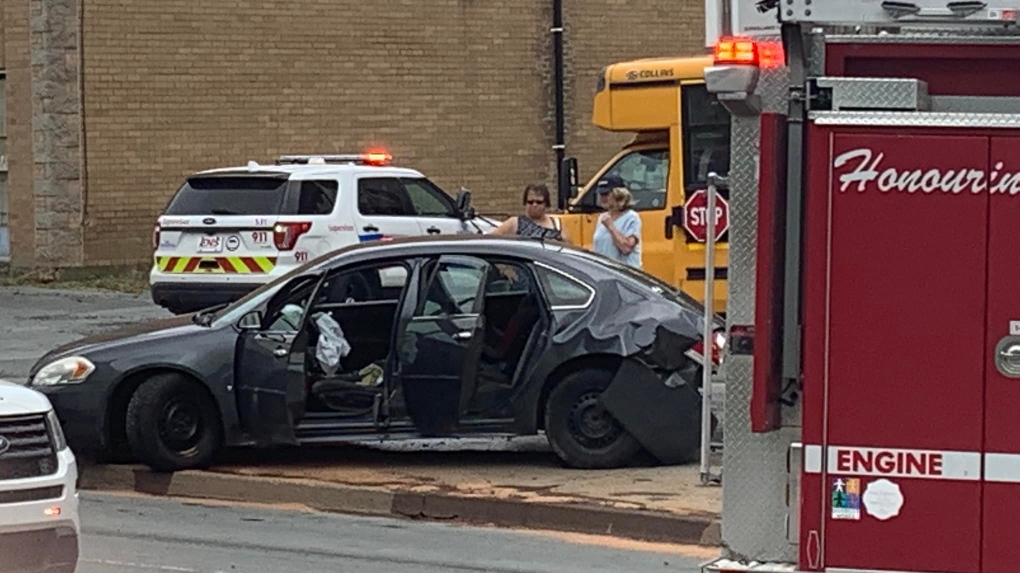 Halifax Regional Police are investigating after a suspected vehicle related to recent thefts and fraud collided with a vehicle and a pedestrian while police tried to stop the car in Halifax on Saturday.

Police say officers noticed the suspected vehicle Saturday afternoon in Spryfield, NS. When officers tried to stop the car, it accelerated to a high speed.

The vehicle then crashed into a separate car, causing a pedestrian to be hit along the sidewalk in the 300-block of Herring Cove Road, police said.

Police later said the suspect vehicle was located abandoned in another area without the suspect.

According to police, the 61-year-old male pedestrian has been transported to a hospital to be treated for non-life-threatening injuries. Passengers in the vehicle involved in the collision were also taken to hospital for minor injuries.

The investigation is ongoing.

The Nova Scotia Serious Incident Response Team (SiRT) will determine if an investigation into the case will take place after review.