Written by
All future planned strike action on Sydney’s train the network has been paused after the deed at the center of the labor dispute between the rail union and government was signed.

It was confirmed on Friday that the deed involving safety changes to the new intercity fleet was signed.

All planned industrial action has been cancelled, including a network-wide action planned for next week.

However, several other issues still need to be resolved before the dispute between the union and the government is over for good.

Secretary of the Rail, Tram and Bus Union (RTBU) Alex Claassens said he was pleased to announce the agreement in principle after a “protracted dispute”.

“Today we reached an agreement with Transport for NSW and the government that they will go ahead and make the changes that we have heard many times before, but today we actually got a signature on a deed and I have personally signed it, as did the Secretary of Transportation,” Claassens said.

Transport Minister David Elliott said he felt “very confident” the dispute has been resolved after a deed was signed.

“The unions have agreed to withdraw industrial action with only one or two minor issues still to be dealt with, but this will certainly not affect the matter for a vote.

“The changes will be made in accordance with the deed and of course we have had industrial action withdrawn and a new enterprise agreement will go out to members.”

Claassens described the development as a “massive step forward” but said there is more to negotiate.

“We have also agreed to an arbitration process to address some of the outstanding points that we are still trying to resolve,” he said. 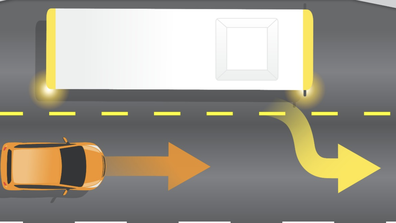 “Over the next few weeks we will still continue to sit down and negotiate with Sydney Rail, NSW Rail and Transport for NSW to try and get an enterprise agreement.

“There is a process for that, and at the end of that process, if we can’t reach an agreement, there will be an arbitration around these issues.”