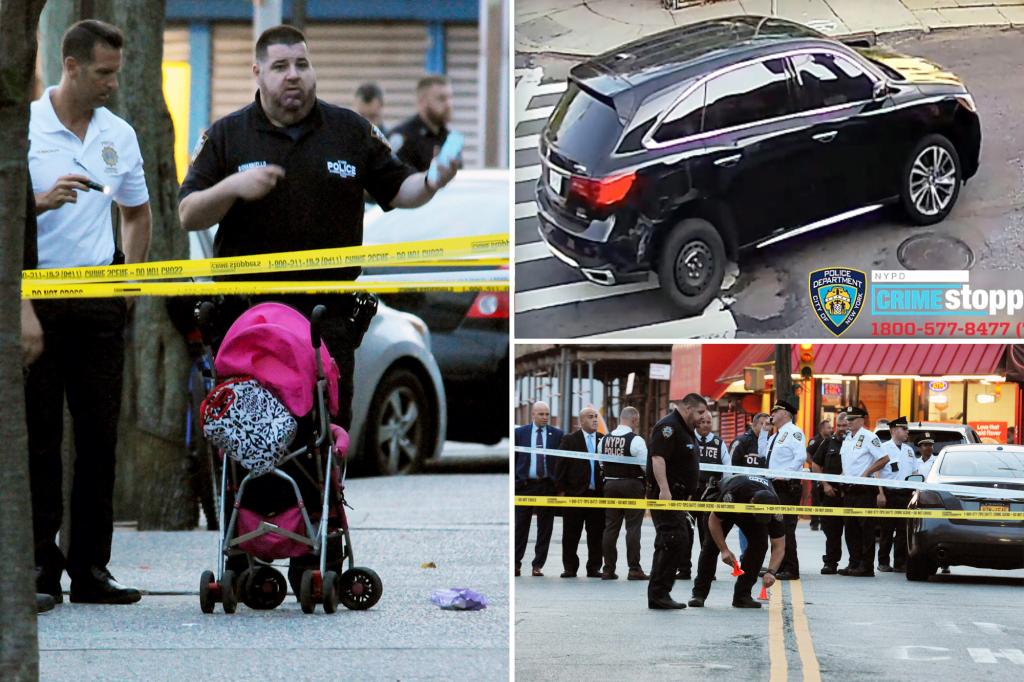 Police have released a video and a photo of the getaway car involved in the shooting a mother standing next to her two young children and Far Rockaway, Queens.

The NYPD now hopes the public can help catch the gunman.

The unsuspecting 28-year-old mother was standing outside with her two small children aged 2 and 5 when she was shot, police said.

The baby was inside a stroller when someone opened fire from a black Acura MDX just before noon. 18.45 and hit the woman and a 44-year-old man who were with the children in front of 1502 Mott Avenue, police said.

The woman was hit twice in the back and once in the right arm, while the man received a shot in the left arm, police said.

The children were not injured.

Acura then fled south on Mott Avenue, according to police.

Both victims suffered non-life-threatening injuries and were taken to Jamaica Hospital by EMS, police said. They were built in stable condition.

Anyone with information related to this incident should call the NYPD’s Crime Stoppers Hotline at 1-800-577-TIPS (8477).